Things to Do in Nashville

This guide is designed to provide a number of alternatives for our visitors who wish to explore a few miles beyond the Vanderbilt campus. All students offered admission to Vanderbilt Law School will receive the Obiter Dictum, a comprehensive guide to life in Nashville compiled, edited, and published by Vanderbilt Law students.

In addition to our suggestions below, you may want to check out the websites for Tennessee tourism and Nashville Visitors 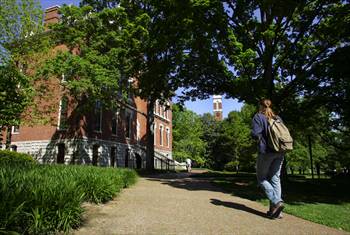 The Vanderbilt campus, designated a national arboretum, is an excellent place to walk or jog. Many staffers, students and faculty jog the 2.7 mile “loop” around the Vanderbilt campus. From the law school, head left on 21st Avenue to West End Ave.; left on West End to Blakemore, where you'll again turn left; and left again when you reach 21st which will take you back to the law school.

The Vanderbilt Student Recreation Center also has an outdoor running track that visitors may use.

If you visit in late April, take in or join in the Country Music Marathon which features live music along the way.

This is one of only three surviving Egyptian Revival churches in the U.S. Completed in 1951, a recently completed $1.2 million restoration has made it truly spectacular. 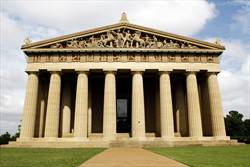 Built as part of Tennessee's 1897 Centennial Exposition, the full-scale reproduction of the ancient Greek temple contains a 40-foot replica of the famous statue of Athena. The Parthenon is located in Centennial Park, across the street from Vanderbilt on West End Avenue, and also serves as an art museum.

William Strickland, a Philadelphia architect famous for designing the original United States Mint in Philadelphia as well as branches in New Orleans and Charlotte, North Carolina, designed the beautiful Tennessee State Capitol and is actually buried in a mausoleum built into the structure.

The Frist Center for the Visual Arts 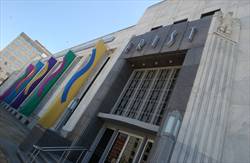 This 1930s Art Deco building once served as Nashville's main post office. Its restoration as an art museum is a masterpiece of adaptive reuse of an architectural landmark. The Frist Center opened in April 2001, and since that time has hosted a spectacular array of art from the region, the country, and around the world. Unlike any traditional museum you've ever visited, the Frist Center for the Visual Arts has become a magnet for Nashville's rapidly expanding visual arts scene.

All music fans love the Country Music Hall of Fame & Museum, which originally opened in 1967 on Music Row. The Hall of Fame moved to its present downtown location in 2001. 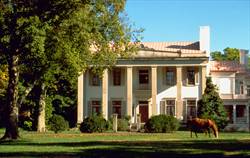 Tour the 30-acre historic site's mansion and carriage house just 6 miles west of Vanderbilt. Built in 1853, the farm was a thoroughbred nursery famous for breeding and training championship race horses. Be sure to have lunch at Martha's while you are there!

The spendidly restored railroad station is now a luxury hotel and also a required stop on the architectural tour. The Flying Saucer Draught Emporium in the restored Baggage Building offers Nashville's best beer selection. The Union Station Hotel is next to the Frist Center for the Visual Arts.

Tour the 1932 mansion and extensive floral gardens established by the Cheeks, one of Nashville's early entrepreneurial families.

You won't believe that the beautiful, 300,000-square-foot main library in downtown Nashville is a revamped shopping mall. The library is great stop during your downtown explorations, with excellent facilities and many quiet reading nooks.

Nashville has earned the nickname Music City by hosting more than 20,000 musical performances annually! You can find performances of all genres during your visit. The following is a mere fraction of the live music venues around Nashville to explore: 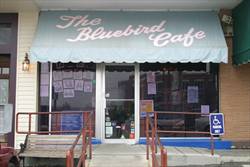 Among musicians, the Bluebird is world-famous, and you'll see well-known songwriters and musicians as well as those just starting out. But you'll be amazed to discover that it's a hole in the wall tucked into a strip mall in the Green Hills area of Nashville. Be forewarned: Go to hear music, not for conversation with your peers. Owner Amy Kurland has been known to shush customers who talk during performances.

This is tourism at its best. 2nd Avenue and Broadway are lined with bars and music venues, many of which have live music nightly. Every visitor to Nashville should spend at least one evening downtown at The District.

Printer's Alley takes its name from its early connection with Nashville's printing and publishing industry, then located in the immediate area. The alley also became the center of the city's nightlife and serviced the hotels, restaurants and saloons fronting on Fourth Avenue. Nightclubs opened here in the 1940s, and the alley became a showcase for the talents of performers such as Boots Randolph, Chet Atkins, Waylon Jennings, Hank Williams and Dottie West.

Ryman Auditorium is a 2,362-seat live performance venue, also known as the "Mother Church of Country Music," and is best known as the home of the Grand Ole Opry from 1943 to 1974.

The Station Inn is bluegrass and acoustic music's premiere listening room. Celebrating more than 30 years in Nashville, doors open nightly at 7pm and the show starts at 9pm.