Please join the Vanderbilt Intellectual Property Program and Vanderbilt Intellectual Property Association in welcoming Professor Tim Holbrook from Emory University School of Law. Professor Holbrook will discuss the extraterritoriality in patent law. Professor Holbrook is Vice Provost for Faculty Affairs and Asa Griggs Candler Professor of Law.  He is an internationally recognized patent law scholar whose work has explored the territorial limits of U.S. patent law and the impact that various biotechnologies and additive manufacturing will have on our patent system. His work has appeared in numerous journals, including the Vanderbilt Law Review, and the Federal Circuit has cited his scholarship favorably. He joined Emory in 2009 from Chicago-Kent College of Law at the Illinois Institute of Technology. He received his BS in Chemical Engineering with a life sciences concentration summa cum laud from North Carolina State University and his JD from Yale Law School. 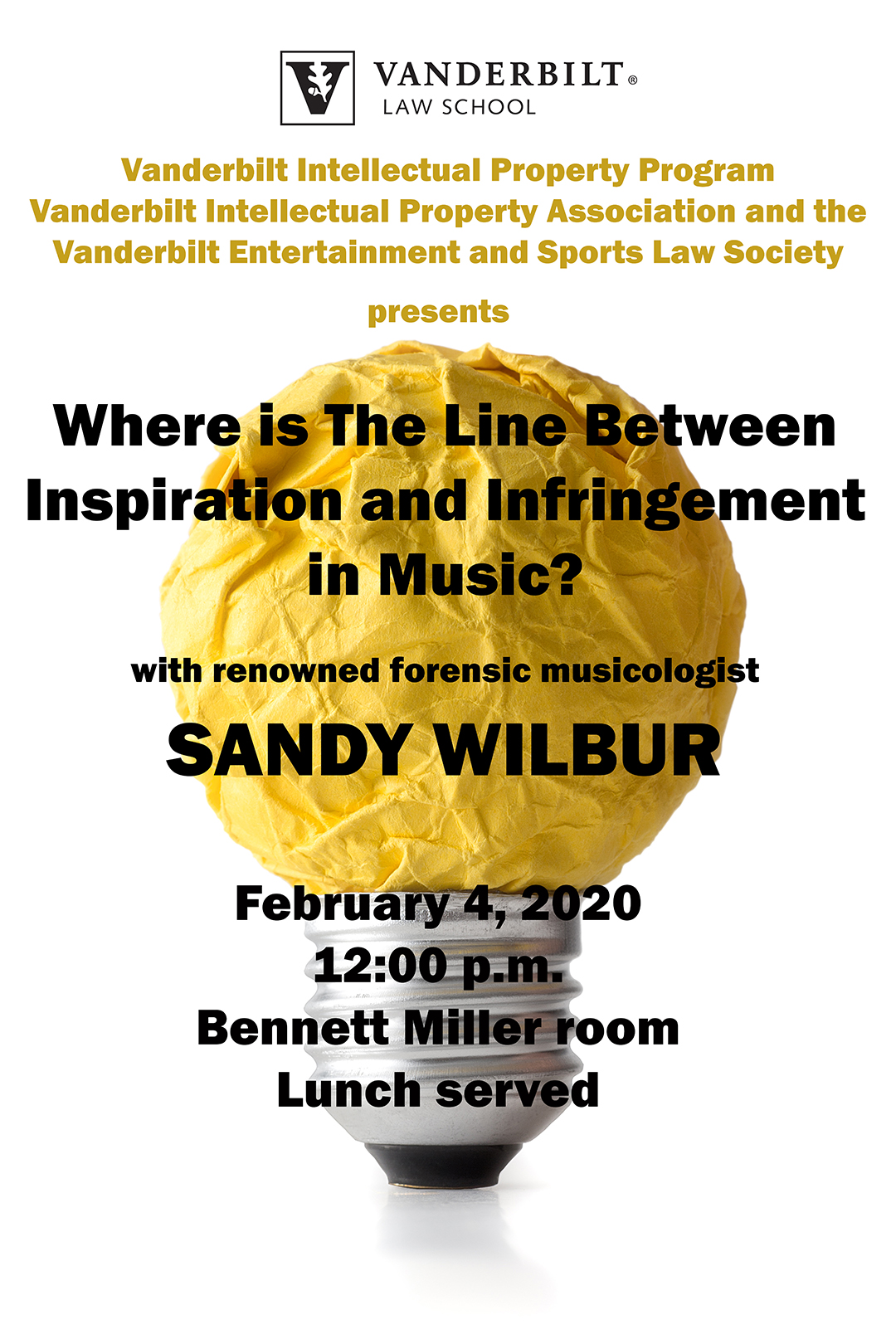 "Where is The Line Between Inspiration and Infringement in Music?" a talk by Sandy Wilbur

Renowned forensic musicologist Sandy Wilbur , who serves attorneys, advertisers, music and film companies and entertainment professionals as president of Sandy Wilbur Music in New York, will speak at Vanderbilt Law School Tuesday, Feb. 4. Wilber has served as an expert witness in several copyright trials, including—most recently—on behalf of Pharrell Williams and Robin Thicke in the copyright infringement dispute over their song Blurred Lines. She will discuss her experience in that case and others, focusing on how experts determine how similar is too similar in the world of music copyright. Wilbur also works with music professionals to help them avoid infringement issues. Wilbur has served as a musicology consultant since 1982. She earned her undergraduate degree at Sarah Lawrence College and holds an M.A. in ethnomusicology from the University of California, Los Angeles, and studied graduate music composition at the University of California, Berkeley. Wilbur's talk is sponsored by Vanderbilt Intellectual Property Program, the Vanderbilt Intellectual Property Association, and the Vanderbilt Entertainment and Sports Law Society.

From August 25 to 28, 2019, the 38th Annual Congress of the International Association for the Advancement of Teaching and Research in Intellectual Property (ATRIP) was held at Vanderbilt. Approximately 120 professors of intellectual property from 32 countries (including 20 law professors from the United States) attended. It was only the third ATRIP Congress to be held in the United States in 38 years.

Daniel Gervais, who holds the Milton R. Underwood Chair in Law, will deliver the Charles Clark Memorial Lecture at the London Book Fair on March 11, 2019. His talk with focus on new intermediation and old law, exceptions as the new rules, and copyright and progress.

Gervais directs Vanderbilt’s Intellectual Property Program and is co-director of the law school’s LL.M. Program, a one-year master’s degree program for attorneys from nations other than the United States.

The GDPR "General Data Protection Regulation" is a regulation in EU law on data protection and privacy for all individuals within the European Union and European Economic Area. Svetlana Yakovleva , a researcher at the Institute for Information Law (IvIR) University of Amsterdam, will discuss its repercussions for data privacy in Europe and the United States.

Svetlana Yakovleva also works as a professional support lawyer in Privacy and Cybersecurity practice group at De Brauw Blackstone Westbroek in their Amsterdam office. Her primary research interests lie at the intersection of data privacy and cybersecurity law, human rights and international trade law. Her recent research proposes a way to balance the fundamental right to data privacy and the liberalization of international trade.

The Vanderbilt Intellectual Property Program, the Vanderbilt Intellectual Property Association, and the Entertainment and Sports Law Society welcomed three-time Grammy nominee Lee Thomas Miller . As a renowned songwriter, Mr. Miller will speak about copyright reform and his experiences advocating on behalf of composers. This event is free and open to the public. Lunch will be served.

Does the monopolization of the Internet worldwide by a few major players (Google, Facebook and Amazon) put the future of artistic creativity in music, film and book publishing at risk? Can professional journalism, and news reporting continue to exist when likes and individual posts have become major source of "news"for so many citizens? In short, can democracy survive social media? 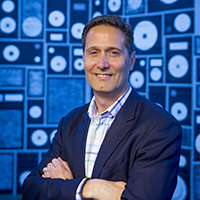 A Conversation with Mitch Glazier '91, President of the Recording Industry Association of America

From Incentive to Commodity to Asset: How International Law is Reconceptualizing Intellectual Property

A talk with Susy Frankel, Chair in Intellectual Property and International Trade, Victoria University of Wellington School of Law 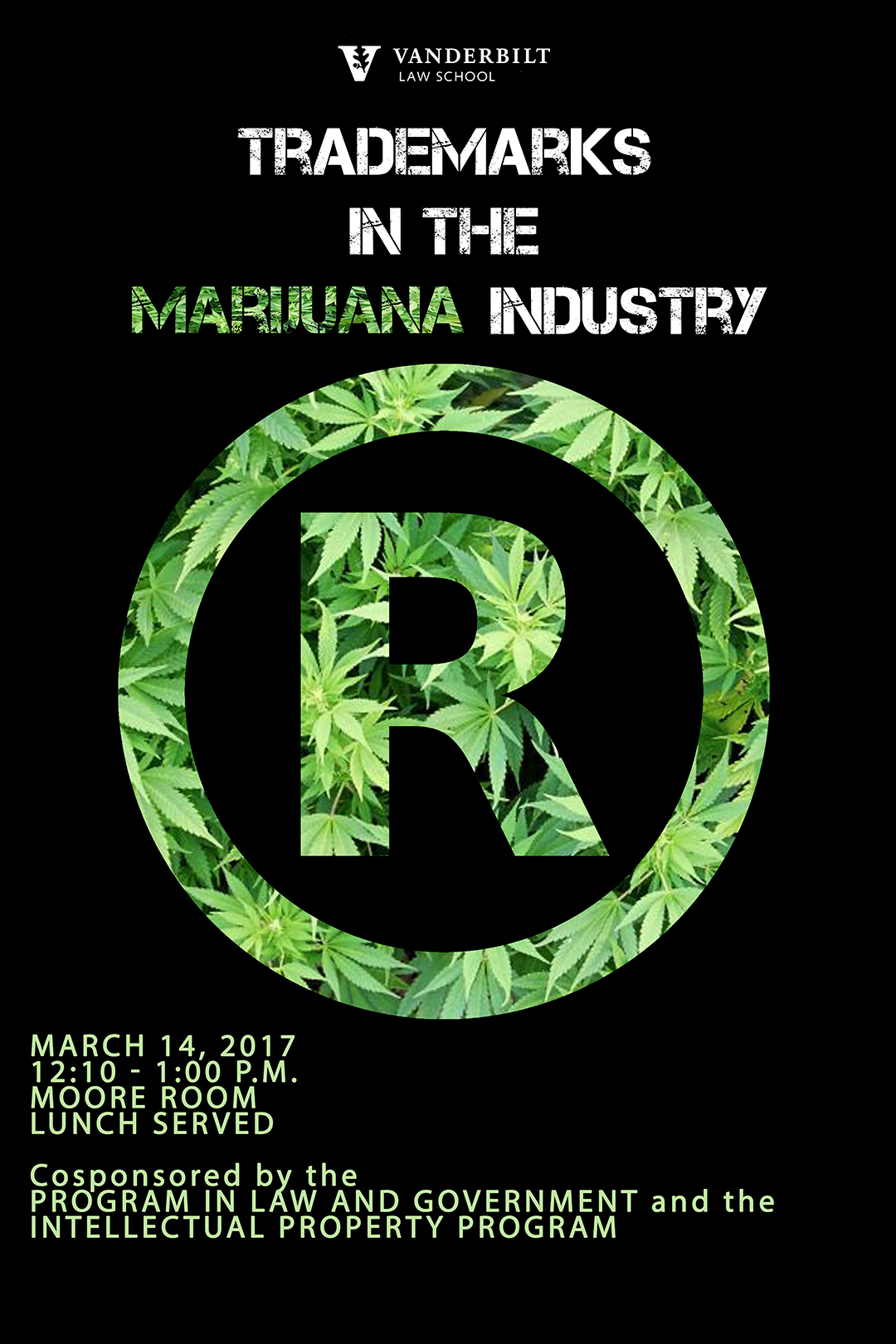 "Trademarks in the Marijuana Industry," a talk featuring Amanda Conley and Shabnam Malek of Brand and Branch, Oakland, CA.

Amanda Conley is a partner at Brand & Branch and Founding Treasurer of the National Cannabis Bar Association. Amanda has a diversified practice focused on intellectual property and legal issues in emerging technologies and in the cannabis industry, including trademark and copyright counseling, enforcement, and litigation; advising on privacy and data security practices; recovering domain names through Uniform Dispute Resolution Proceedings; and representing clients in district court litigation and before the Trademark Trial and Appeal Board.


Are you looking to take your business overseas but not sure how to protect your intellectual property (IP) rights? Or do you represent businesses and want to hear about the latest developments in global IP systems? At this event, WIPO senior representatives led an interactive program of discussions that were of interest to anyone involved in the international protection of IP rights.

Licensing and Mass Digitization: A View from Northern Europe


Jerker Rydén, the senior legal adviser for the National Library of Sweden, discussed how licensing solutions developed in Nordic countries could be applied here in the United States (these solutions were recently featured in a report by the US Copyright office) to allow mass digitization and access to copyrighted material online.

Copyright law is meant to create incentives for authors. In some cases, it seems to work in the opposite direction. Professor Christophe Geiger, one of Europe’s most prominent copyright scholars, will discussed the ways copyright law & policy affects creativity. 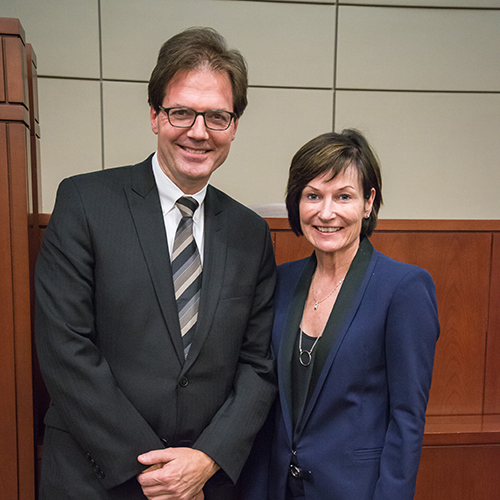 Patent law has seen some extraordinary upheaval in recent years. Vanderbilt Law School’s Intellectual Property Program welcomed Judge Kathleen M. O’Malley of the U.S. Court of Appeals for the Federal Circuit as she discussed her views of patent law from a judicial perspective as the 2015-16 Fenwick & West guest lecturer.

The Disparagement Cases: Can Redskins and Slants be protected as trademarks?

Professor Christine Farley, Washington College of Law, American University will discuss whether trademarks that maybe considered offensive to or disparaging of certain groups can and should be protected and registered as trademarks. This includes the "Washington Redskins" and "the Slants" (music band) cases. In both cases the Federal Courts upheld the U.S. Patent and Trademark Office’s decision to revoke or deny trademarking on the grounds that they are ineligible for federal trademark protection under the Lanham Act which bars protection from names that “may disparage” or bring people into contempt or disrepute.

Hyatt Event: The Effect of Streaming on Musicians and the Music Industry

"A Musical Shift: The Effect of Streaming on Musicians and the Music Industry," a panel discussion with Shannon Sadowski, co-founder of New Leaf Legal, and Kiran Gandhi, artist and M.B.A. The panel will discuss the ever-changing role of streaming music in today's music industry from two different perspectives: the artist and the lawyer. Both panelists will elaborate on how they feel streaming has changed the music industry and their careers and will use these past experiences to express to the audience where they feel the future lies.

Global Panel: Is Copyright Working for Songwriters and Composers? (video)

"Copyright Criminals" - February 26, 2014 5:00 p.m. - Hyatt Room
Is digital sampling theft? Not all borrowing is stealing, but some of it may be. Where is the line and what can law do about it? Projection of a movie on sampling followed by a discussion with Professor Daniel Gervais.

Hyatt Event - "A True Vision: Perspectives on the Marrakesh Treaty for Persons with Vision Disabilities"

Daniel Gervais elected to the Academy of Europe - September 29, 2013 - Daniel Gervais, professor of law and director of the Vanderbilt Intellectual Property Program, was elected to the Academy of Europe (Academia Europaea), a prestigious European society of scientists and scholars which was founded in 1988.Gervais is the first and only North American law professor to become a member of the Academy.