The International Legal Studies core faculty includes respected scholars with expertise in key areas of international law who are frequently called upon by national and international media to comment on current events. 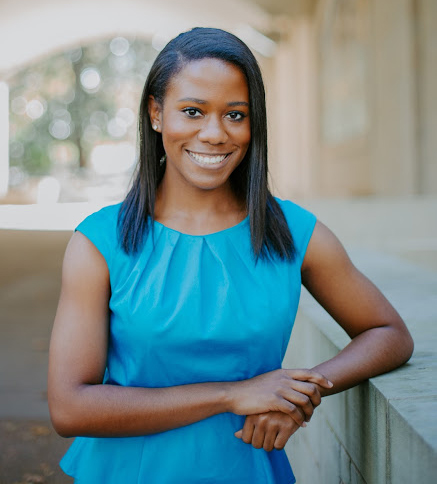 Lewis will serve her one-year fellowship with the United Nations High Commissioner for Refugees in Washington, D.C., where she will serve in the U.S. Protection and Solutions Unit. Lewis is one of two George Barrett Social Justice Fellows for 2021.

Thompson is a military intelligence officer attending VLS through the U.S. Army’s Funded Legal Education Program and as a Thomas Beasley Scholar. HIs column, “Russia’s Recent Space Activity Is A Return to Old Form,” is based on his paper “Avoid Pyrrhic Victories in Orbit: A Need for Anti-Satellite Arms Control in the 21st Century,” forthcoming in the SMU Journal of Air Law and Commerce. Thompson’s paper is the winner of the American Society of International Law’s Richard Baxter Military Prize.

Hannah Miller ’20 has been recognized for her leadership in activities that contribute to the achievements, interests and goals of women with the 2020 Margaret Cuninggim Women’s Center Leadership Award. Hannah is a Beasley Scholar and is the 2019-20 editor-in-chief of the Vanderbilt Law Review. 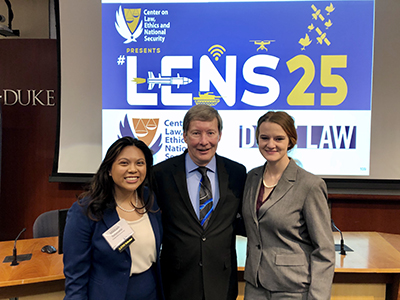 Mikkaela Salamatin ‘21 and Kristin Blyckert ‘20 attending the Law Ethics and National Security Conference at Duke Law School. Their selection as LENS scholars permitted them to network with an array of American and international experts. Professor Michael Newton spoke on the International Criminal Court and moderated another session on the effects of technological innovation on the character of wars and transnational competition. 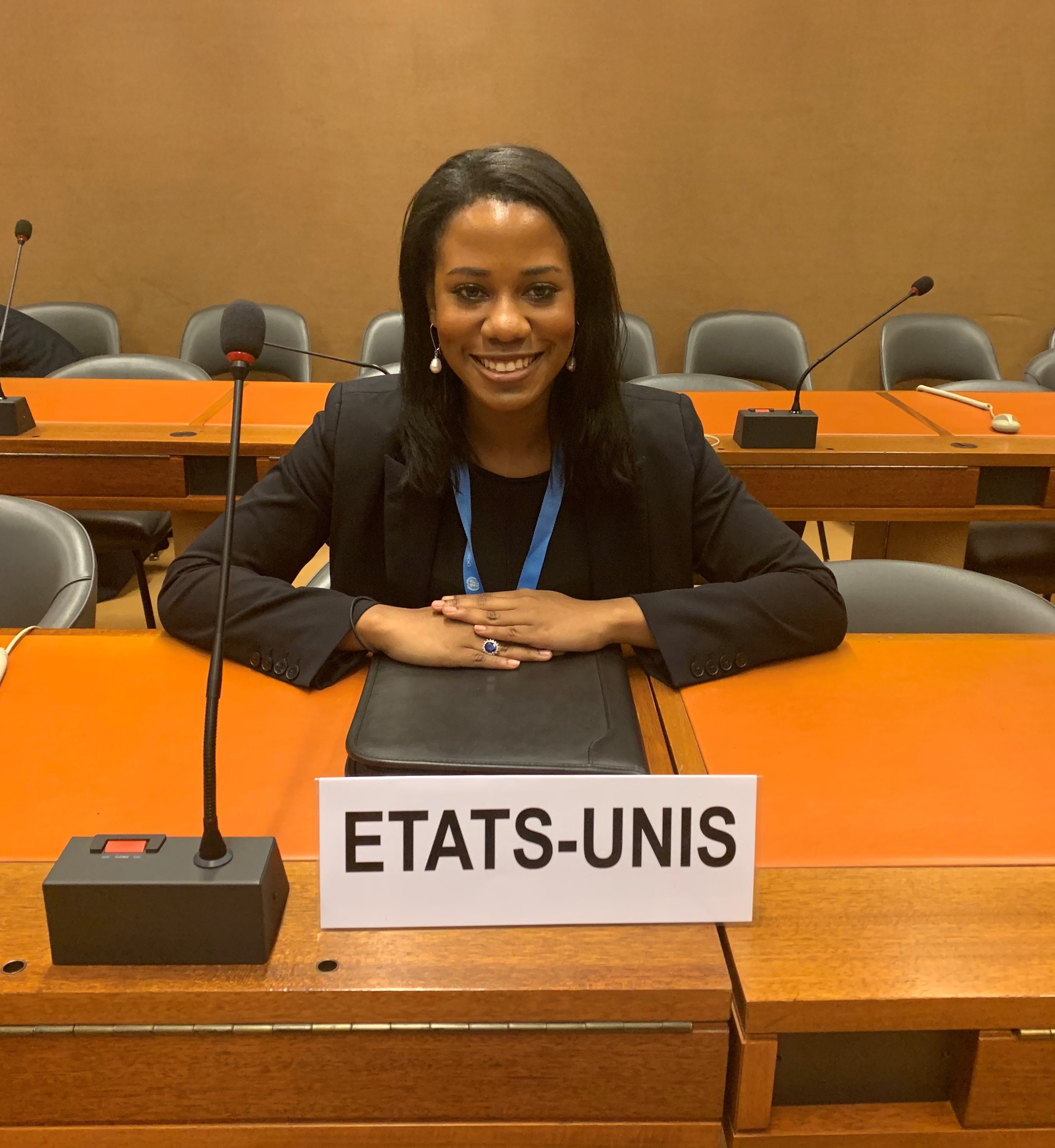 Vel Lewis '21 is spending spring 2020 working at the U.S. Mission to the United Nations in Geneva, Switzerland. In February, Lewis attended a side event related to the Convention against Torture and Other Cruel, Inhuman or Degrading Treatment or Punishment (the “Torture Convention”) at the Palais des Nations, which houses the U.N. Human Rights Council and the office of the High Commissioner on Human Rights. Lewis is one of seven VLS students serving in full semester externships during the 2019-20 academic year secured with the help of ILSP faculty. VLS students have worked this year in the U.S. Department of State, both domestically and overseas, and in support of ongoing litigation. 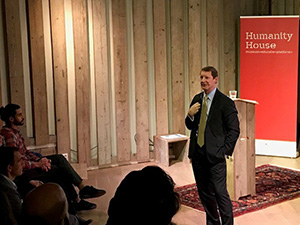 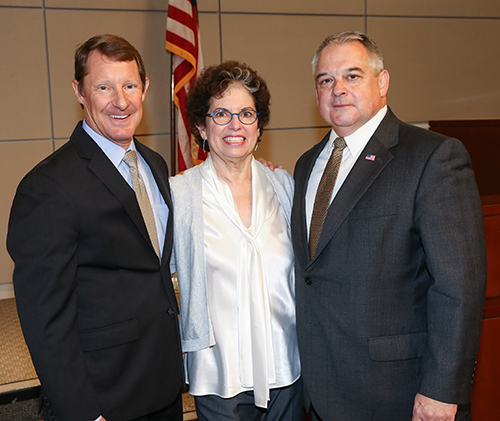 CNBC: From olive growers to winemakers, small firms in Europe are bracing for $7.5 billion in US tariffs
Tim Meyer , professor of law, is quoted about the economic impact of U.S. tariffs on agricultural imports from Europe.

Benton wrote the post while working as a legal intern at the ACHPR Monitor with support from Vanderbilt’s Ones W. Polk II International Studies Stipend. The post covers the ACHRP’s decision in Dexter Eddie Johnson v. Republic of Ghana, in which the court was asked to consider a challenge to the mandatory application of the death penalty.

The fellowship allows Cohen to work at Global Rights Compliance at The Hague this summer.

Professor Mike Newton delivered a talk, “From Nuremberg to Now: An Update on International Criminal Law," at the 2019 Law, Ethics and National Security Conference at Duke Law School Feb. 23. Ethan Dick ’19 and Zachary Larson ’21 were selected from among students of 17 law schools to attend the conference as LENS Scholars. The United States Department of Defense Law of War Manual: Commentary and Critique , a new book edited by Newton, was released by Cambridge University Press in February.

Ingrid Wuerth on the D.C. Circuit’s release of its redacted opinion In re Grand Jury Subpoena

Professor Wuerth, Helen Strong Curry Professor of Law, discusses the opinion, which she says "does not decide the important question of whether the Foreign Sovreign Immunities Act affords immunity to foreign states and state-owned enterprises in criminal cases," in a post on the Lawfare blog.

Al Bashir faces charges of genocide, war crimes and crimes against humanity related to government orchestrated attacks against civilians in Darfur, Sudan. The Prosecutor of the International Criminal Court has presented 27 Reports to the United Nations Security Council regarding the situation, but Bashir has yet to be arrested and continues to travel widely. Students in the International Law Practice Lab have generated the most complete dataset in the world to track Bashir’s travel as well as the legal and political expressions by States in United Nations Security Council debates. Mr. Al-Bashir has taken 173 trips abroad since the issuance of the arrest warrants by ICC judges.

During oral arguments in September 2018 related to Jordan’s refusal to enforce ICC warrants of arrest, Practice Lab students worked overnight to address questions posed by the ICC Appeals Chamber. The Practice Lab also submitted an amicus brief in the case at the request of the Appeals Chamber before the hearings.

Professor Michael A. Newton (front row left) in the International Criminal Court Appeals Chamber, The Hague, on June 8, 2018, awaiting the issuance of the Appeals verdict in Prosecutor v. Jean-Pierre Bemba. In a 3-2 decision, the ICC overturned Bemba’s conviction for war crimes and crimes against humanity.

Duru is the second recipient of the scholarship endowed through an estate gift from Jean Curry Allen (BA’44), which will be awarded awarded each year to a first-year student who demonstrates strong academic performance and plans to focus their upper-level studies on international law. The scholarship was named in honor of Allen’s mother, Helen Strong Curry. READ MORE

Professor Mike Newton and Oliver Windridge, founder and director of the Mapping Bashir research project, filed a formal request to the Appeals Chamber of the ICC regarding Jordan’s appeal of the arrest and surrender of Omar Al-Bashir.

Global Trade: NAFTA Talks: Off the Rails? - October 16, 2017 - Timothy Meyer , professor of law, is quoted. “Neither Mexico nor Canada nor major elements within the US business community and government want to see NAFTA die.”

With the support of the International Legal Studies Program, 3L students Pete Bauleke and Kourtney Kinsel attended the International Humanitarian Law Dialogues in Chautauqua New York along with Professor Mike Newton from 27 to 29 August. The annual event gathers prosecutors from the extant international war crimes tribunals along with academic experts from around the globe. Ms. Kinsel served as the Rapporteur for the group of prosecutors as they negotiated the Chautauqua Declaration for this, the 11th Dialogues. Mr. Bauleke assisted the members of the Robert H. Jackson Center who ran the event, and conducted a number of interviews related to his pending paper on reforming U.S. human rights legislation as applied to ongoing military operations. Professor Newton led discussion on the use of modern military commissions.

Professor Michael Newton, who serves as a Senior Peace Fellow for the Public International Law & Policy Group, worked with PILPG Senior Counsel Brianne McGonigle Leyh, who was a visiting fellow at VLS, to develop an innovative set of transitional justice simulations during August 2017. Dr. Leyh is an associate professor at Utrect University, where she directs the Utrecht Center for International Studies.  Vanderbilt students field tested the simulations and provided helpful insights for refinements.

The Atlantic: The dangers of arming autocrats - June 13, 2017 - On June 8, while official Washington sat captivated by the testimony of former FBI Director James Comey, a small group of bipartisan senators planned to force a vote on a subject near to official Washington’s heart: arms sales to Saudi Arabia. The article includes a quote from a legal assessment Michael Newton, professor of the practice of law, prepared for the American Bar Association’s Center for Human Rights on the arms sales.

The Atlantic: The dangers of arming autocrats - June 13, 2017 - On June 8, while official Washington sat captivated by the testimony of former FBI Director James Comey, a small group of bipartisan senators planned to force a vote on a subject near to official Washington’s heart: arms sales to Saudi Arabia. The article includes a quote from a legal assessment Michael Newton, professor of the practice of law, prepared for the American Bar Association’s Center for Human Rights on the arms sales. 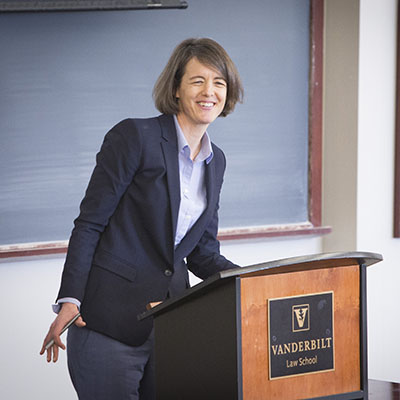 Featuring Professor Michael Newton and Emory Law Professor Laurie R. Blank
For months, Syrian and Russian warplanes have bombed Aleppo, killing and wounding residents. Russian officials have referred to the siege as “diplomacy backed by force.”  The US Ambassador to the UN has called it “barbarism.”  The US and France have called for a War Crimes investigation, but any meaningful action at the UN has been blocked by Russia’s place on the Security Council.  In this Teleforum, two distinguished professors with extensive practical experience examined the status of the siege under the Law of Armed Conflict and International Humanitarian Law.