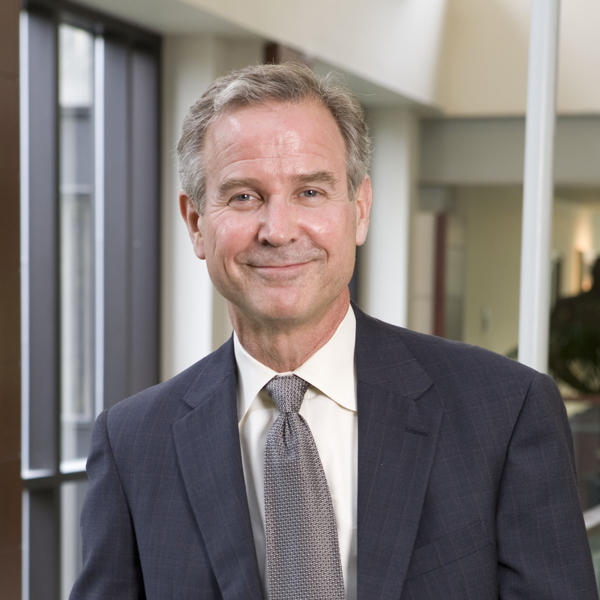 Ricks and co-authors John Crawford and Lev Manand argue for offering accounts with the Federal Reserve, which come with privileges such as higher interest rates, instant clearing and added security, to everyone. 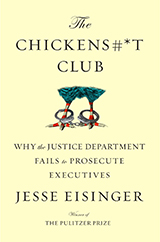 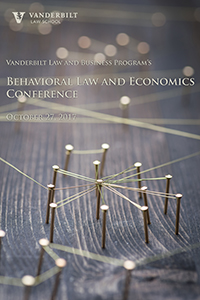 The 2017 Behavioral Law and Economics Conference brought together a diverse, interdisciplinary group of junior and senior behavioral law and economics scholars. The goals were first, to provide junior scholars feedback on their current behavioral work.  A second goal was to take stock of behavioral law and economics scholarship and chart a productive path forward. To this end, the conference was capped off Friday afternoon with a panel debating these issues. The panel included Ian Ayres, Eric Talley, Kip Viscusi and Kathy Zeiler.

Bloomberg: Opinion: Bank CDs and a strip-club hedge fund - July 20, 2017 - Banks and regulators care a lot about the nuances of banks’ capital structures. The purpose of a bank is to issue cash-like risk-free senior liabilities and invest the proceeds in risky lending activities, but in modern legal systems there is a problem with these hierarchies. Research by Yesha Yadav, professor of law, is mentioned.

The Delaware Court of Chancery turns 225...and still looks pretty good for its age

The newest member of Delaware's Court of Chancery, Vice Chancellor Joseph R. Slights III , discusses Delaware's and Chancery's unique role in the development of corporate law, including some observations on the Court's long history and sustainability, specialized jurisdiction, and how its structure, operations and procedures are designed to address complex disputes in real time.

No issue today demands more attention from legal advisors to public companies than the issues arising from the increased power of shareholders to influence board and management decision making. The 19th Annual Law & Business Conference explored how this changing dynamic has affected business strategy and capital allocation decisions and the governance structure of public companies as well as the tactical strategies most effective in meeting the challenges of battles with activist shareholders. In addition, the conference focused on how these dynamics have impacted the most pressing issues affecting Compensation and Audit Committees.

Article co-authored by Randall Thomas and Paul Edelman among “Top 10 Corporate and Securities Articles of 2015” - In “Shareholder Voting in an Age of Intermediary Capitalism” (87 Southern California Law Review 1359, 2014), coauthors Randall Thomas, Paul Edelman and Robert Thompson assert that “traditional theory about shareholder voting, rooted in concepts of residual ownership and a principal/agent relationship, does not reflect recent fundamental changes as to who shareholders are and their incentives to vote (or not vote).” Their article was among the “Top 10 Corporate and Securities Articles of 2010.”

Bloomberg: Clinton lurks in shadows when sparring with Sanders on banks - May 26, 2016 - Morgan Ricks

The Life, the Law, and the Business - The Law and Business Society welcomed VLS alumni Eitan Tabak '98 and Scott Lynn '98 to discuss their career paths.

The U.S. Treasury's Response to the Financial Crisis - Were the bank bailouts of 2008 good for America? A talk featuring Tim Bowler, a senior official at the U.S. Treasury Department and former executive at Goldman Sachs.

Bloomberg Review: Who is a corporation supposed to serve? - June 16, 2015 - Margaret Blair

WalletHub: ChexSystems score: What it is and how to improve it - June 15, 2015 -Yesha Yadav

The Law and Business Seminar features distinguished legal and business scholars presenting their research on current important issues in the corporate and securities fields.

Students read and prepare written critiques of the papers presented and develop an understanding of the empirical techniques commonly employed by academics and practitioners in these fields.