S. Carran Daughtrey is an assistant in the U.S. Attorney’s office for the Middle District of Tennessee assigned to the general crimes unit of the criminal division, where she is the Project Safe Childhood coordinator and primarily handles child exploitation cases. She also prosecutes fraud, environmental and other criminal cases. As a federal prosecutor, she investigates cases, presents cases to the grand jury, handles pretrial motions and hearings, prepares and conducts jury trials, handles the appeals of her cases, coordinates the legal intern program, and provides training within the community. Prior to working at the U.S. Attorney’s office, she was an assistant district attorney general in the 20th Judicial District of Tennessee for more than seven years, and was a law clerk for U.S. District Court Judge Thomas Wiseman.

Before earning her law degree, Daughtrey worked in the computer engineering field for several years, having earned a Bachelor's degree in engineering from Vanderbilt University and a Master's of computer sciences from the University of Wisconsin. She was a John W. Wade Scholar at Vanderbilt Law School, where she was the special project editor of the Vanderbilt Law Review, was a member of the Moot Court board, president of the Women’s Law Student’s Association, and served as a program director for the Intellectual Property Society. 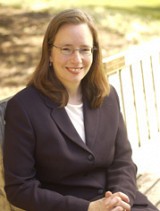