Sasha Beatty currently serves as deputy general counsel for the Association of Prosecuting Attorneys, a Washington, D.C.-based nonprofit organization. Before joining the office of general counsel at APA, she was an assistant district attorney general at the District Attorney General’s Office of Tennesee’s 20th Judicial District. She joined the staff of the 20th Judicial District after earning her J.D. at Vanderbilt. She is licensed to practice law in Washington, D.C., and Tennessee. 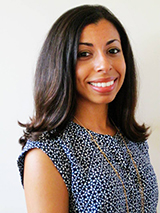