U.S. Supreme Court Justice Sotomayor’s April 3 Sims Lecture was an intimate and inspirational chat with VLS students, whom she emphatically tasked to live “with integrity” and leave the world “a slightly better place than you found it.”

Sotomayor, who has served as an associate justice on the Supreme Court since her appointment by President Barack Obama in 2009, said she has found her greatest happiness as a judge. “This fish found her pond,” she said as she reminisced about her appointment to the U.S. District Court for the Southern District of New York in 1991. “I have lived my dreams further than I would have ever imagined.”

Justice Sotomayor told students that she and her Supreme Court colleagues deeply respect the  impact their decisions make. “All nine of us are equally passionate about the Constitution and the law,” she said. “With every case in which we rule, there’s a winner and a loser. I bear that in mind with every decision. … There’s never a question of doing the least harm. It’s almost inevitable we will cause harm to someone.”

Justice Sotomayor earned degrees from Princeton University and Yale Law School. She served as an assistant district attorney in New York County and practiced as a litigator before her appointment to the federal bench. 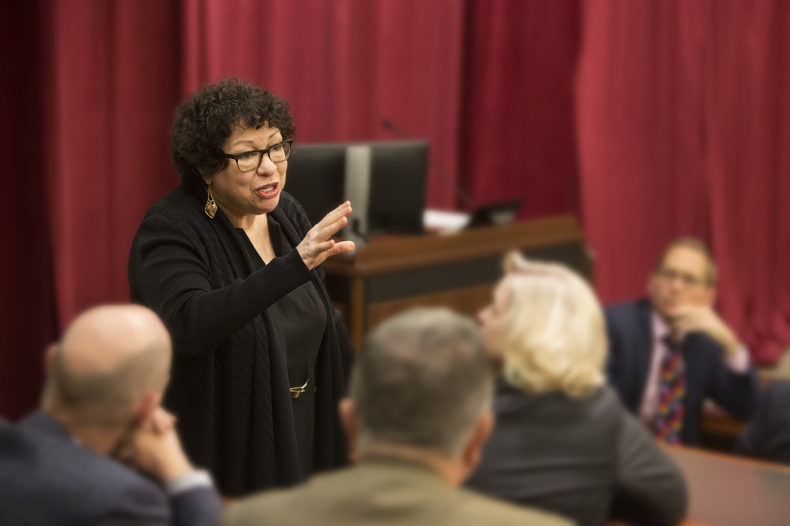 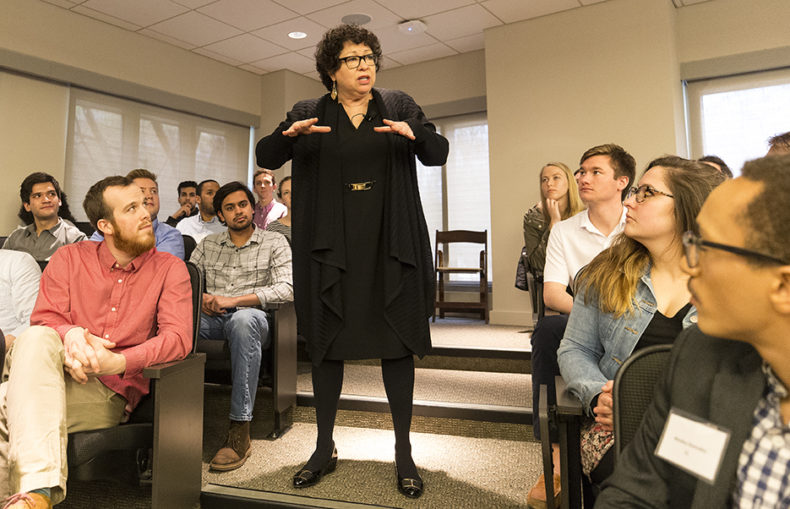 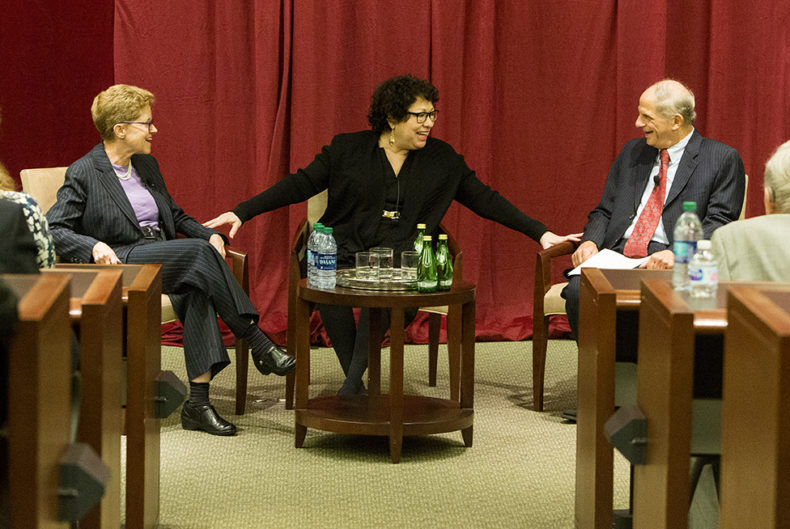 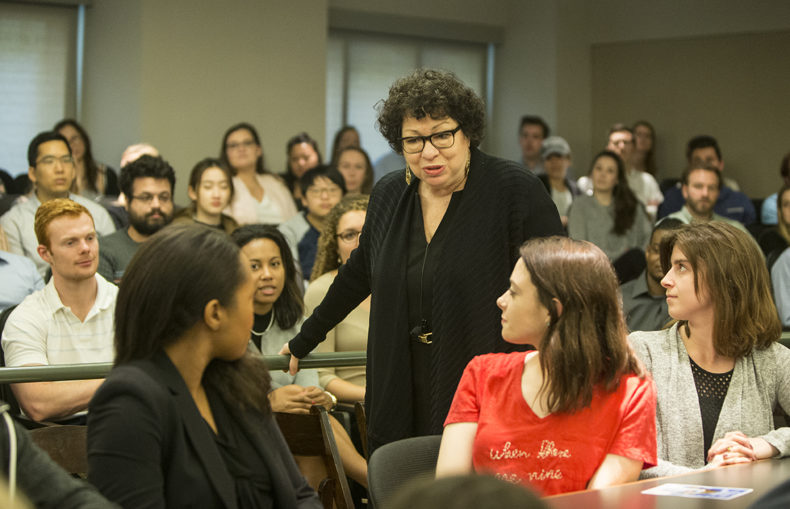