Willoe DeFuccio and Joseph Sandford, both Class of 2020, have been named Gideon’s Promise Fellows through the organization’s Law School Partnership Project. DeFuccio and Sandford are among 12 2020 fellows selected for the three-year program, which enables new law graduates to launch careers as public defenders by placing them in communities throughout the nation.

Fellows are assigned to public defenders’ offices in areas where more lawyers are needed to serve indigent clients and receive intensive Core 101 training and mentoring through Gideon’s Promise, a nonprofit that supports public defenders and transformation of the criminal justice system.

Vanderbilt Law School has participated in the LSPP since 2014. 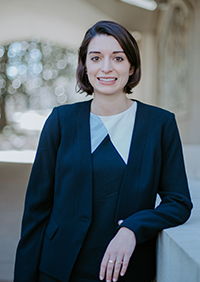 A native of Pittstown, New Jersey, DeFuccio became interested in criminal justice when she volunteered at a local juvenile justice facility as a freshman at the University of Richmond. She recalls being stunned to discover that juveniles received the same treatment as adult prisoners. “The juvenile correctional centers in Virginia operated like adult jails,” she said. “The residents would come in shackles.”

DeFuccio became a certified mentor and continued to work with juvenile detainees at the detention center throughout undergraduate. “I knew I wanted to do public defense work when I started law school,” she said. “After my first year, I took every criminal justice class I could.” She cites her Actual Innocence class with Professor Terry Maroney and her Mental Health Law class with Professor Christopher Slobogin as particularly impactful.

During summer 2019, DeFuccio worked at the Federal Public Defenders’ Office for the Middle District of Tennessee, and she gained practice experience in the Criminal Practice Clinic, directed by Associate Dean for Experiential Education Susan Kay, as a 3L. She is interested in working with the Mecklenburg Defenders because “I know I will be surrounded by people who are excellent lawyers and also share my commitment to representing individuals charged with criminal offenses with compassion and dedication,” she said. 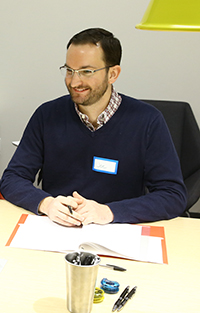 Sandford also entered law school intent on working as a public defender. “Everybody is entitled to a full and fair hearing in court no matter where they come from,” he said. “Just became some have faced adversity does not mean they are less deserving of due process in our courts.”

A native of Princeton, New Jersey, who earned his undergraduate degree at Syracuse University, Sandford worked at the Office of the Federal Defender for the Middle District of Tennessee in summer 2018 and at the Knox County Public Defender’s Office in summer 2019. “The leadership, dedication and camaraderie within the Knox County Public Defender’s Community Law Office was inspiring,” he said. “I knew this was an office where I would be supported as I embark on a career in indigent defense.”

Sandford also led a team of student volunteers who worked at the Woodbine Immigration Intake Clinic, an initiative of Tennessee Justice for Our Neighbors in Nashville, under the direction of Alvaro A. Manrique Barrenechea (LLM’19), during his 3L year, and took the Immigration Law Clinic with Professor Karla McKanders. “In criminal defense and immigration both, you learn that everyone has a unique story,” he said. “The criminal justice system is pervasive, and you’re bound to have a criminal case that intersects with the immigration system.”

Law students apply for the Gideon’s Promise Fellowships through the Law School Partnership Project during their third year. As fellows, they gain access to a comprehensive program of training, leadership development and mentorship to improve the quality of legal representation they provide clients in communities they serve. Since its founding in 2007, the organization has grown from a single training program for 16 attorneys in two public defender offices to a national enterprise with 1,000 participants in 40 public defender offices across 27 states and the U.S. Virgin Islands.

“I’m excited that Joe Sandford and Willoe DeFuccio will have access to the training and mentoring Gideon’s Promise provides, and the fellowship has enabled them to do the work they both want to do and form a professional network that will enrich their careers,” Spring Miller, Assistant Dean for Public Affairs said. “I look forward to hearing about the contributions they make to the offices, communities and clients they serve.”