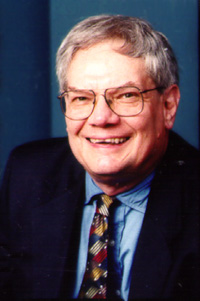 Maier was an internationally recognized authority on the application of United States regulatory legislation to foreign business activity. Over the course of his distinguished career, he worked on advanced research at the Brookings Institution and the Max-Planck Institute in Munich, Germany, and was a visiting professor at Pepperdine University, the University of Pennsylvania, George Washington University, the University of North Carolina and the University of Georgia. He served on the editorial boards of the American Journal of International Law and the American Journal of Comparative Law. In 1983-84, he was counselor on international law to the Office of the Legal Adviser at the U.S. Department of State, and on several occasions he testified before congressional committees and as an expert witness in domestic courts.

Maier founded the student-edited Vanderbilt Journal of Transnational Law in 1967 and served as its faculty adviser until his retirement in 2006. He was appointed the David Daniels Allen Distinguished Professor of Law in 1988. He was a co-author of Public International Law in a Nutshell (with Thomas Buergenthal, West Publishing) and dozens of journal articles and book chapters, some written in German, which he spoke fluently.

“Hal was a giant in his field and on Vanderbilt’s campus,” said Chris Guthrie, dean and John Wade-Kent Syverud Professor of Law at Vanderbilt law School. “He played a crucial role in building the law school’s leading international program.”

Hired in 1965 to develop Vanderbilt’s international law program, Maier sought to establish a program to train students interested in an international legal practice and to enable scholarship in international legal studies that would also appeal to a broader base of students. “Only a program that combined a full curriculum, diverse faculty members, and broad-based student activities could accomplish all three goals,” he wrote in a 1992 article for the Vanderbilt Lawyer magazine. With few resources other than his formidable intellect and force of will, Maier helped form the student International Law Society as well the Journal of Transnational Law, and used these early successes to establish a firm foundation for future growth of international studies at Vanderbilt. During his four-decade career, he worked with six deans to build and support a thriving program while also serving the university as chair of the faculty senate, on two provost search committees, and on the law school’s faculty appointment committee.

Maier was beloved for his pointed and erudite sense of humor. During his tenure as faculty senate chair, he communicated with his colleagues by publishing regular installments of “Thoughts of Chairman Maier.” His office featured a stuffed vulture on a wooden perch from which hung a sign that read “brooding omnipresence”—an ironic reference to a famous 1917 Supreme Court dissent by Oliver Wendell Holmes to the majority opinion in Southern Pacific v. Jensen. Holmes had written: “The common law is not a brooding omnipresence in the sky, but the articulate voice of some sovereign or quasi-sovereign that can be identified.”

A prolific scholar, Maier’s work in the field of international law, international civil litigation and conflict of laws gained a global audience. “Long before there was a critical legal studies movement, Hal was thinking about how law was socially constructed,” said Tom McCoy, Vanderbilt Law professor emeritus. “He tended to gravitate toward subjects that were developing or unsettled. The study of international law was relatively new at the time he went into academia, and he also focused on conflict of laws, which is a collection of unsolved problems.”

In Maier, students encountered the embodiment of the stereotypical absent-minded professor, as described by Paul Kurtz ‘72, now J. Alton Hosch Professor of Law Emeritus at the University of Georgia Law School. “Clad in a white shirt and oh-so-narrow ties which he constantly seemed to be adjusting, Professor Maier was one of those teachers who wandered around the front of the classroom, seeming to come toward the student he was engaging in conversation,” Kurtz recalled. “It was always a conversation, not a performance. He asked careful question after careful question. No yelling or screaming, but a brilliant demonstration of complete control of the subject.”

Pacing the floor, Maier would often become so engaged in the point he was discussing that he would trip. However, Lonnie Brown ‘89, who is associate dean for academic affairs and holds the A. Gus Cleveland Distinguished Chair of Legal Ethics at University of Georgia Law, noted that this made his formidable intellect more accessible. “In the classroom, he demonstrated astounding intellect, unbridled enthusiasm, good humor, sage wisdom and deep compassion and respect for others,” Brown said. “The fact that all of these remarkable qualities were packaged beneath a somewhat quirky, quintessentially professorial exterior made Professor Maier all the more dear to me and my classmates.”

“Hal Maier taught the principle of ‘policy to rule to result’ as a means of teaching how to interpret legal rules of decision,” said William A. (Zan) Blue ’86, a partner with Constangy Brooks & Smith in Nashville. “As a method for teaching law students how to think critically about the application of the rule of law, it was fantastic. His belief in the importance of the rule of law and his belief in his students was encouraging, inspiring and a model for real teachers.”

In addition to being a revered teacher, Maier was an influential participant in many historic events. He served as a consultant to the Secretary of the Army on the Panama Canal Treaty negotiations and as an expert witness for the federal government in civil litigation resulting from the Mariel boatlift of Cuban refugees in 1980. In 2000, he testified before the Senate Judiciary Committee on behalf of former U.S. World War II POWs seeking to bring legal action against Japanese corporations, claiming they had been used as slave labor while prisoners. He also testified before a congressional committee regarding emergency presidential controls on international economic transactions.

A family-only memorial service for Maier was held in Nashville. He is survived by his two sons, Marc and Kurt Maier, and three grandchildren, Sydney, Mackenzie and Zachary Maier.

In lieu of flowers, the family has asked that contributions be directed to Vanderbilt University Law School in memory of Professor Maier.