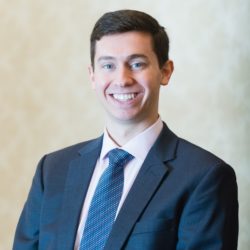 Kevin Witenoff ’21 is one of 26 law students nationwide to be selected as a 2020 Next Generation Leader by the American Constitution Society. ACS is the leading progressive legal organization with approximately 200 student and lawyer chapters nationwide. The organization named former Wisconsin Sen. Russ Feingold as its president in February.

Law students are selected as Next Generation Leaders based on their leadership qualities and engagement with ACS. Witenoff is currently serving as president of the Vanderbilt chapter of the American Constitution Society.

“Kevin has led the ACS chapter at Vanderbilt with great enthusiasm and skill,” said Ganesh Sitaraman, professor of law, who recommended Witenoff for the 2020 Next Generation Leader cohort.

“ACS selects a small group of students from our nearly 200 chapters each year to be part of our Next Generation Leader program through a competitive application process,” said ACS Senior Director of Chapters Meghan J. Paulus. “Next Generation Leaders help to strengthen and shape the future of ACS. Kevin’s leadership and application, supported by a compelling letter of recommendation from Ganesh Sitaraman, really impressed our team.”

Witenoff is also one of only four students nationwide to be selected for the opportunity to interview for a student board position on the ACS National Board of Directors in June.

“I am excited to further ACS’s mission of ensuring the law protects and improves the lives of all people. I look forward to growing through the networking and professional development that the Next Generation Leader program provides,” he said.

A native of Michigan, Witenoff earned his undergraduate degree at James Madison College at Michigan State University. He served as the ACS Communications Fellow based in Washington, D.C., before entering law school. Witenoff spent summer 2019 as a judicial intern in the chambers of Judge Matthew Leitman of the U.S. District Court for the Eastern District of Michigan in Flint. He plans to work in the Philadelphia District Attorney’s Office during summer 2020. He is a Dean’s Scholar, an incoming board member for the Law Students for Social Justice and a teacher’s assistant in the LLM Legal Writing program.