Ryan Spitzer ’03 has been appointed to serve as circuit court judge for the 7th Judicial District of Tennessee by Gov. Bill Lee.

Spitzer will fill the seat vacated by Judge Donald R. Elledge, and his appointment is effective immediately. 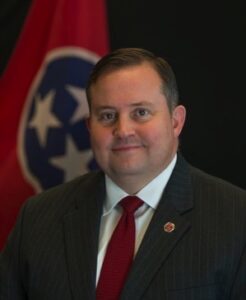 Before becoming a prosecutor, Spitzer practiced civil law. He served as a medic in the Army National Guard from 1993 to 1999 while earning his B.S. from Lambuth University.

He lives in Oak Ridge, Tennessee, with his wife Tracy and their two sons, Rogan and Keegan.