Tax expert Beverly Moran, professor emerita at Vanderbilt Law School, testified before a House Ways and Means Oversight Subcommittee hearing on “The Pandora Papers and Hidden Wealth” on Dec. 8. The entire hearing can be viewed at the Ways and Means Committee website.

Moran was the first legal expert to speak before the Oversight Subcommittee. In her testimony, which was co-authored with Paul Beckett of MannBenhan Advocates, she called for immediate government regulation of tax havens. “Tax havens rob the citizens of mainstream economies of revenues for schools, hospitals and roads, while they weaken sovereignty and the rule of law,” she stated.

Other witnesses included Daniel Hemel of University of Chicago Law School, Erica Hanichak of the Financial Accountability and Corporate Transparency Coalition and David R. Burton of The Heritage Foundation.

The Dec. 8 hearing was part of a probe of the rise of the United States as a global tax haven prompted by the release of the Pandora Papers, which consist of nearly 12 million files released in October 2021 by the International Consortium of Investigative Journalists. The papers revealed a complex web of tax havens, shell corporations and offshore accounts created for the purpose of hiding assets to avoid taxes. The state of South Dakota is mentioned throughout the Pandora Papers as a tax haven in the U.S. 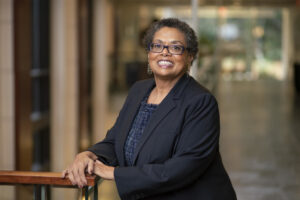 Moran was quoted in a Dec. 7 Washington Post article that discussed the hearing and the emergence of South Dakota and other states as tax havens. “The Pandora Papers were a huge shock to most Americans who realized that the United States is a tax haven and that all sorts of bad actors are pouring money into the U.S.,” she stated. “At the very least, we should be applying the same rules to this industry as we apply to organized crime so that the lawyers, accountants and bankers who help the tax haven industry have some limits on what they do and promote.”