Travis Randall McDonough ‘97 nominated to seat on U.S. District Court for the Eastern District of Tennessee 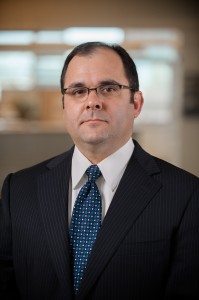 Travis Randall McDonough was nominated to the U.S. District Court for the Eastern District of Tennessee by President Barack Obama on November 20, 2014.

McDonough was nominated to fill the vacancy created by Judge Curtis Collier, who took senior status on October 31, 2014.

McDonough currently serves as counselor and chief of staff for Chattanooga Mayor Andy Berke, a position he has held since 2013. Before joining the legal staff for the city of Chattanooga, he was a member of the law firm of Miller and Martin, which he joined immediately after graduating from Vanderbilt Law School in 1997. He headed the firm’s litigation department in 2012 and 2013.

Before earning in J.D. from Vanderbilt, McDonough earned his B.A. at Sewanee—The University of the South.