Two 2014 Vanderbilt Law graduates—Leo Costales and Will Howell—have been chosen as Gideon’s Promise Fellowship recipients. The two fellows will work as public defenders in Louisiana and Tennessee as part of the Gideon’s Promise Law School Partnership Project (LSPP).

Through the program, Vanderbilt will provide fellowships to support Howell’s work at the Shelby County Public Defender’s Office in Memphis, Tennessee, and Costales’ work at the Office of the Public Defender for the 15th Judicial Circuit in Lafayette, Louisiana, in one-year, post-graduate roles.

Howell and Costales will also gain access to Gideon’s Promise signature Core 101 three-year training program. The training offers tools to provide meaningful representation to public clients under difficult circumstances, as well as strategies to resist pressures to process defendants through the legal system quickly, which has become the status quo in many over-burdened public defender’s offices.

“I am delighted that we are able to partner with Gideon’s Promise to support the work of public defenders and to launch the careers of Vanderbilt Law School graduates committed to this form of public service,” said Chris Guthrie, Dean and John Wade-Kent Syverud Professor of Law.”

“These two fellows illustrate the caliber of law school graduates who are passionate about serving where the need is the greatest to ensure that our criminal justice system lives up to its highest ideals,” says Jonathan Rapping, founder and president of Gideon’s Promise. “Each fellowship marks the beginning of an important and meaningful legal career working to ensure that equal justice is a reality in this country. The work these young lawyers do represents the highest calling of our profession. We are grateful to Vanderbilt for working with Gideon’s Promise and the Department of Justice, and we are proud of these outstanding students for their dedication to serving our nation’s most vulnerable citizens.” 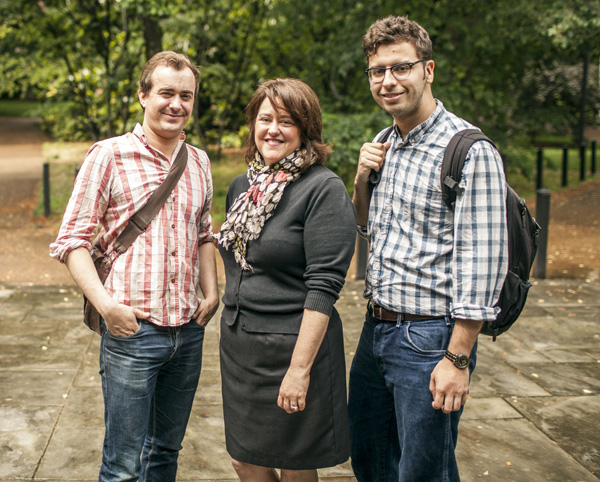 Law graduates participating in the program receive a fellowship from their law schools as well as a commitment of a permanent job within one year from the public defender’s offices where they are placed. They also receive the Gideon’s Promise signature Core 101 training. “This model,” Rapping said, “is a critical piece of any effort to reform criminal justice in this country, ensuring ‘justice for all’ is not an empty promise, but a commitment that rings true for every single American.”

The goal is to expand the program to at least 20 law schools and 20 public defender’s offices, and to place 20 law students in their public service careers by 2016.

The need for additional public defenders is clear. Nearly 80 percent of the 12 million people who move annually through America’s criminal justice system cannot afford a lawyer. The public defender system is so overwhelmed by crushing volume that many do not receive adequate and meaningful defense.

Last year, Rapping and Gideon’s Promise were featured in the HBO documentary, “Gideon’s Army,” which follows three young public defenders, trained by Rapping and Gideon’s Promise, in their sometimes heartbreaking quest for equal justice in indigent defense. The organization has now trained more than 250 public defenders, who each see an average of 300 cases per year.