The Legal Aid Society organizes an auction each year to benefit the Public Interest Stipend Fund (PISF). The money raised at the auction provides stipends to law students who pursue unpaid public interest internships over the summer. Through these internships, students serve the needs of those who are traditionally underrepresented, such as the elderly, children, disabled persons, and low-income individuals. Since most non-profit agencies cannot provide a salary for summer interns, this stipend provides a source of funding for law students who wish to dedicate their summers to public interest work. 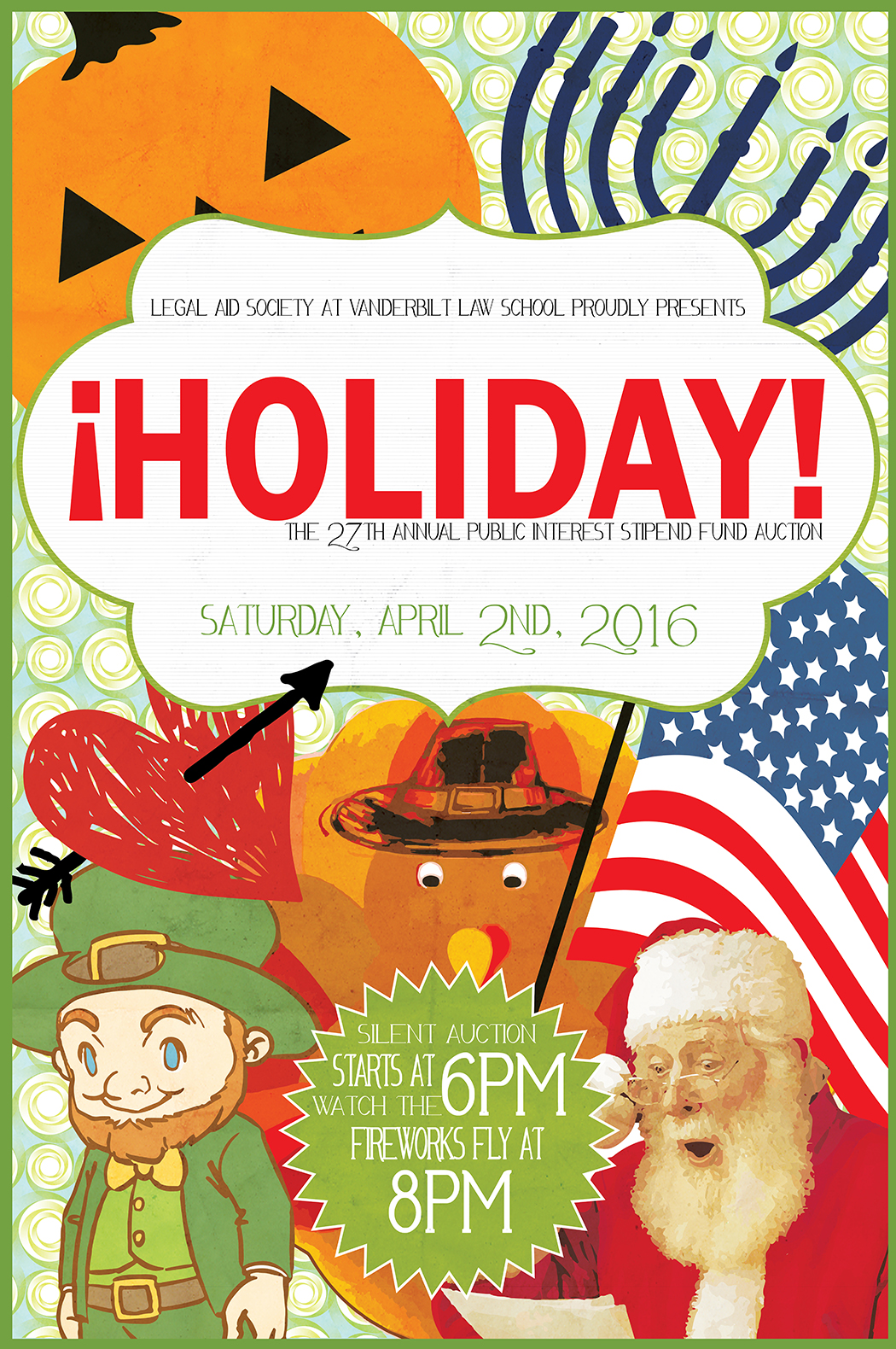 In addition to supporting a great cause, the Auction is also a memorable time, and one of the most exciting law school social events of the year. The event is a combination of hors d'oeuvres, drinks, a silent auction, and a live auction. Each year's auction has a different, elaborate theme which transforms the Law School into a venue far removed from the familiar law school milieu. Students also show off their creativity by dressing in costumes that reflect the theme. The 27th Annual PISF Auction is based around the theme of all holidays, Holiday! and was held Saturday, April 2, 2016. The silent auction began at 6:00 p.m. and the live auction began at 8:00 p.m. in Flynn Auditorium.

Previous years have seen money raised up to $70,000 for the Public Interest Stipend Fund. In the silent auction we've offered everything from a haircut at a local salon to a new guitar. We were also able to auction off a trip to Alabama, including a kayak tour; a scenic flight over Nashville; golf with a congressman; and tickets to the Nashville Symphony.

The PISF Auction owes its success to the generous contributions of national law firms, local restaurants, sports teams, artists, and more. It is an undertaking dependent on the efforts of an amazing community, both within the law school and around Nashville, and this year will be the best one yet.