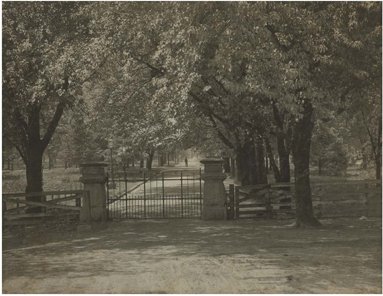 Vanderbilt's Law Department opened its doors in the fall of 1874, a full year before the main university campus began classes. Only seven students attended class that first year, so the approved faculty of eight members was trimmed to one. William B. Reese taught all of the classes, and at the end of the year, Dean William F. Cooper administered final exams to William Van Amburg Sullivan, who had completed the two-year course of study in the single year. Sullivan, the school's first graduate, returned to Mississippi to practice law and later became a senator from that state.

The law department was reorganized the following year under a lease arrangement, a semi-proprietary contract that would last 25 years. Thomas H. Malone was named dean, and was joined on the faculty by Reese and Edmund Baxter. All were part-time faculty members who were also practicing attorneys and judges and maintained offices in downtown Nashville.

In 1889, the law department left the Vanderbilt campus and moved downtown to make it easier for the faculty, who were nearer their offices, to balance teaching and practicing law. Malone, who served as the law department's dean until 1904, was a Chancery Court judge in Nashville during the 1880s. The downtown location also had the advantage of being nearer the courts, where students received an important part of their education.

The department begin collecting law books from the first year of the lease, but the Law Library actually took shape in 1889 as space was allocated in the building, and Wilbur F. Barclay, a member of the University's Board of Trust, was appointed the first librarian. The collection benefited greatly when the faculty joined together to purchase the private law library of William Cooper, the former dean who had become a Justice on the Tennessee Supreme Court.

During this time, the law curriculum evolved from a single series of lectures students could attend for one to two years before taking the bar exams into a graded, two-year series of courses. This curriculum continued until 1900, when the original proprietary contract expired and Vanderbilt University sought to reorganize the entire law department.

Although the law school remained a department, by 1900, the law faculty included eight part-time members. After the reorganization, law classes remained downtown, but faculty members agreed to cluster their lectures to ensure that students only had to leave campus once during the day.

The school's total enrollment averaged 50 students until 1906, after which it increased to an average of 70. However, even with increasing enrollment, the department had a hard time balancing its budget to the great frustration of the university's chancellor, James Kirkland, who had cherished great hopes for the law department as a source of revenue. 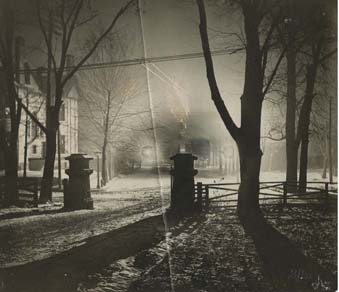 Allen G. Hall became the school's first full-time faculty member in 1903, serving as professor, librarian, secretary and later chairman. Horace H. Lurton succeeded Thomas Malone as dean in 1904 and served until he was named to the U.S. Supreme Court in 1910. (One of his faculty colleagues, James C. McReynolds, would also later serve on the Supreme Court.) The dean and faculty focused on raising the school's academic standards, and when the school moved to a three-year course of instruction, Vanderbilt joined the Association of American Law Schools in 1910. Hall was named dean that year, serving until his death in 1915.

Despite its status as an official school of the university, the law school's entrance requirements were less than strict. The law department did not begin requiring a year of prior college experience until 1922. And not until 1925, when the AALS made law schools' membership dependent upon their requiring two years of college, did Vanderbilt's standards for law school admission change. Dean John Bell Keeble, who had succeeded Hall, strengthened the school's stated standards, but reality did not match policy. The AALS revoked the school's membership in 1926, and by 1929, enrollment had plummeted to 83 students.

Loss of the school's AALS membership was a wake-up call heeded by Dean Keeble, who worked with the university to dramatically improve the law school's academic standards, faculty and curriculum. However, although the school rejoined the AALS in 1929, the onset of the Great Depression also reduced enrollment. By 1934, only 63 students were enrolled.

In 1941, the law school expanded into the old chapel area of Kirkland Hall. But when the U.S. entered World War II, its enrollment dried up almost completely. By 1943, Dean Arnold was the only full-time staff member, and the school was forced to suspend classes in 1944. When the war ended, the university and the law school both faced the task of rebuilding their enrollment, a job made easier by the generous G.I. Bill.

By the time John W. Wade joined the law faculty in 1947, the school's situation had dramatically improved. The university established a $1 million endowment for the law school. Wade, who joined a staff of nine, began to serve as advisor to the fledgling Vanderbilt Law Review within a year of joining the faculty. He was appointed dean in 1952.

During his 20-year deanship, Wade increased the faculty to 22 and oversaw the integration of the law school in 1956. As enrollment rose to an average of more than 200 students, it became evident the school had outgrown its cramped quarters in Kirkland Hall and needed its own building. In 1960, the board of trust approved the new, $1.25 million building facing 21st Avenue South; the new building opened in 1962. As the law school's prestige increased, it began to recruit students from outside the South, under the guidance of Associate Dean John Beasley. By 1982, an addition was needed to house faculty and students. 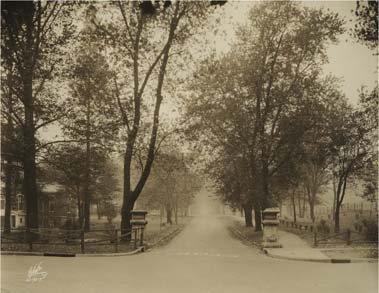 Wade was succeeded by Robert L. Knauss, who focused on increasing faculty and resources, and then by Dent Bostick, who became dean in 1979. Bostick shepherded the school through the construction of the 1982 addition to its original building, and he also strengthened relations with the growing number of prominent alumni scattered throughout the country.

John Costonis followed Bostick as dean in 1985. As competition among schools for top students, teachers and scholars intensified, Costonis worked aggressively to develop an ambitious scholarship program. During his 11-year tenure, Vanderbilt solidified its position as a nationally ranked law school. When Costonis stepped down in 1996, Vanderbilt Law Professor David Partlett, a leading scholar and teacher, accepted a one-year term as acting dean.

By the time Kent D. Syverud, a leading scholar from the faculty of the well-regarded University of Michigan Law School, joined the law school as dean and Garner Anthony Professor of Law in 1997, campus administration recognized the school was overdue for expansion and renovation. Syverud convinced the university's administration and Board of Trustees to “build the law school we needed to build instead of the one we could afford,” pledging to work with alumni to raise the funding needed. Under his direction, the law school facility underwent a $24 million expansion and complete renovation that more than doubled its size. The faculty grew from 33 to 47 members, of which more than a dozen now hold endowed chairs or professorships. During his tenure, Syverud also launched a dynamic Law and Business Program, created in conjunction with the Owen Graduate School of Management, new clinical programs, and an LL.M. program for foreign lawyers that has attracted applicants from around the world. Applications to the law school doubled to almost 4,000 a year, and the law school's endowment increased significantly.

Edward L. Rubin succeeded Syverud as the law school's dean in July 2005. A highly respected public law scholar who came to Vanderbilt from the faculty of the University of Pennsylvania Law School, Dean Rubin focused on modernizing the law school's curriculum. Early in his tenure, the school's Litigation & Dispute Resolution Program received a $2.9 million endowment through a settlement of a class action lawsuit to which the law school was not a party. Because the members of the plaintiff class were so numerous and the individual damages too small to make locating class members and distributing the settlement proceeds possible, the judge approved a cy pres (or next best) settlement, through which the damages were disbursed to Vanderbilt to support its complex litigation program.

Rubin also worked with Vanderbilt University's chancellor and provost to launch a new Ph.D. Program in Law and Economics based in the law school. Renowned economists W. Kip Viscusi and Joni Hersch, who had previously taught at Harvard Law School, joined the law school's faculty to develop and launch the Ph.D. program, which admitted its first class of students in fall 2007. Students in the program earn both a J.D. and a Ph.D.

A number of other academic programs, including the International Legal Studies Program, the Law and Human Behavior Program, the Constitutional Law Program, the Regulatory Program, the Criminal Justice Program and the Social Justice Program, were either formed or strengthened during Rubin's tenure. In addition, approximately 40 students each year earn a Certificate in Law and Business through the law school's successful Law and Business Program, which started in 2000, and the school's well-established Technology and Entertainment Law and Environmental Law programs also attract students interested in those legal specialties to Vanderbilt. 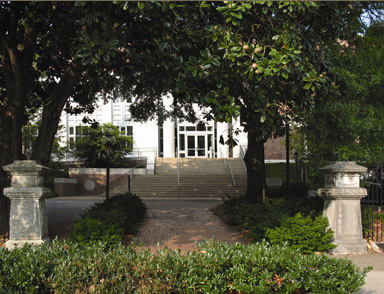 Chris Guthrie, who joined the law faculty in 2002 and served as its Associate Dean for Academic Affairs for four years from 2004-08, was named Dean of Vanderbilt Law School on July 1, 2009. Dean Guthrie is pursuing a number of initiatives, with priorities focused on recruitment and retention of faculty who are excellent scholars and teachers, greater involvement of alumni in the law school, and on building on the law school's unique collegial culture.

In the 130 years since its founding, Vanderbilt Law School has likely surpassed the expectations of its founders, earning a national reputation as a leading education institution fostered by its accomplished student body, its impressive roster of alumni, and its respected faculty—past and present.