Class Notes are posted in the order they are received, with the newest posts on top.

Do you have news you would like to share or just want to let everyone know what you are up to these days? Submit your class note online, email Class Notes, or call 615-322-2606 .

Tanya Triche Dawood has been nominated to the Workers' Compensation Medical Fee Advisory Board in Illinois. Read more here. Posted 4.2.20

Matthew Bathon has been promoted to partner at Steptoe & Johnson. Posted 3.24.20

Walt Davis was unanimously confirmed to serve as the first business court judge for the new Business Court for the State of Georgia. Read more here. Posted 8.20.19

Justin Riess is now serving as partner at Haynes and Boone in Charlotte. Justin focuses on leveraged finance, specialty finance, private equity finance and syndicated lending. As a partner in our Finance Practice Group, Justin represents lenders and borrowers in a variety of complex transactions.  Posted 03.13.19

Shahrooz Shahnavaz has been asked to join the faculty of Loyola Law School in Los Angeles as an adjunct Professor, teaching Corporate Tax II and another course in the fall semester. Posted 1.9.18

Fred Dusel III died June 5 after a long battle with lung cancer. He was a Special Forces veteran of the Vietnam War and earned his law degree from Vanderbilt at the age of 55. During his time at Vanderbilt he was a member of the Vanderbilt Old Boys Rugby Club, which comprised of graduate students from across the university. He was known as an artist, scholar and true gentleman. Posted 6.28.2018

Rob McGuire has joined the U.S. Attorney’s Office for the Middle District of Tennessee as an assistant U.S. attorney. Posted 4.24.18

Anna L. Barry is now serving as general counsel, senior vice president and corporate secretary at Jounce Therapeutics. Anna has a Ph.D. in biophysical chemistry from Yale University and is experienced in intellectual property and patent law. Posted 2.16.18

Jennifer Graham (BA ’97) has been promoted to counsel for Hughes Hubbard & Reed. Jennifer is a member of the corporate department and a member of the firm’s securities practice. She is based in the firm’s New York office. Posted 1.15.18

Costin Shamble was appointed university attorney at Austin Peay State University on March 1. Costin provides legal counsel to each of the institution’s organizational units and conducts policy review and monitors the university’s compliance with legal requirements. In addition, Costin chairs the university Accessibility Committee which has oversight of policies related to accessibility. Posted 5.17.17

Justin Adams is an attorney with Bone McAllester Norton in Nashville where he focuses his practice on business litigation and dispute resolution. Previously, he practiced with Trauger & Tuke for thirteen years. Posted 7.27.16

Joycelyn Ashanti Stevenson has been elected to the lead the Nashville Bar Association—she is first African-American woman to lead the NBA. Joycelyn is a shareholder in the Nashville office of Littler Mendelson where she focuses on labor and employment and business immigration law. Posted 1.27.16 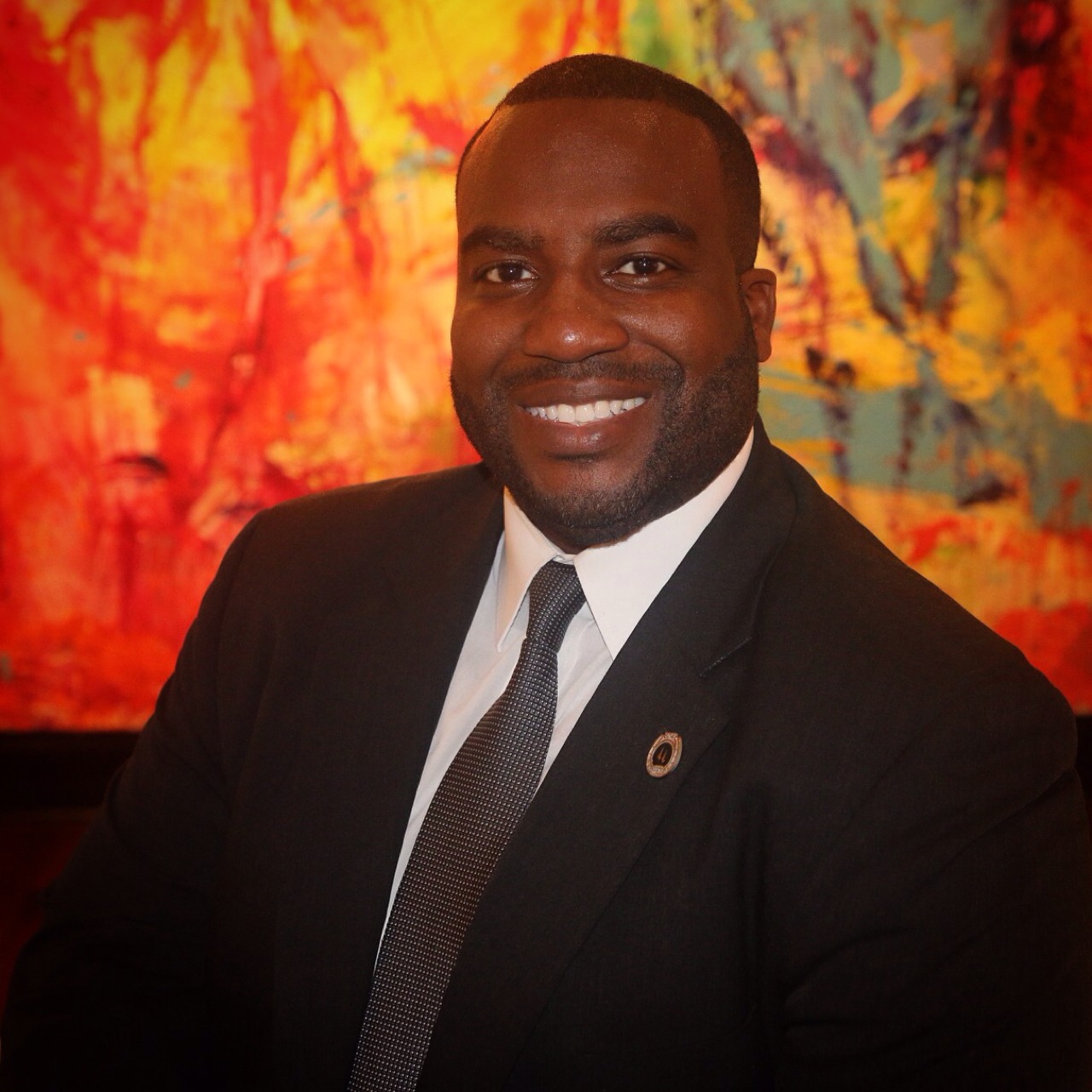 
Brendan Andrew Thompson has joined Bridgestone Americas as senior counsel. He will manage their NFL, NHL, and IRL sponsorships. Additionally, he recently played the role of M.C. Hammer in a local production of “Please Hammer, Don’t Hurt Em”, which explores the life of M.C. Hammer (Stanley Burrell) and the ups and downs of his friendship and working relationship with fellow rapper, Vanilla Ice (Robert Van Winkle).  Brendan received the Fisher-Doorakian award of achievement for his efforts. Posted 9.17.15

Roy Andrew Partain is a reader in energy law within the School of Law at the University of Aberdeen in Aberdeen, Scotland. His research focuses on the impacts of upcoming energy technologies on society, the environment, and on upon law itself. Posted 8.28.15 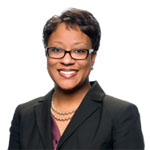 Joycelyn Ashanti Stevenson , a shareholder in the Nashville, Tennessee office of Littler Mendelson has been elected President-Elect of the Nashville Bar Association (NBA) for a one-year term, which commenced on January 1, 2015.  She assumed the role of president in January 2016. Also, she was included on the 2015 “Best of the Bar” awards list by the Nashville Business Journal.  Posted 5.15.15

Lesli N. Gaither has joined the Atlanta, Georgia, office of Kilpatrick Townsend & Stockton as counsel in the firm's complex business litigation team. Prior to joining Kilpatrick, Lesli was an associate with Dow Lohnes & Albertson. Posted 1.20.14


Jeremy Daniel Clark has been appointed vice president of LifePoint Hospitals, based in Brentwood, Tennessee. Jeremy will take on this new role in addition to his current position of associate general counsel. Prior to joining LifePoint, Jeremy was a corporate counsel at Community Health Systems. Posted 12.13.13

Christopher Robert Smith has been named director of federal public policy at the National Association of Chain Drug Stores (NACDS). Chris began his new role with NACDS on August 27. The new director-level position will further enhance the scope of policy expertise within NACDS' government affairs and public policy department. Utilizing his policy experience, Chris will provide policy guidance on pharmacy issues primarily at the federal level in the area of patient care, including Medicaid, medical homes, health exchanges and accountable care organizations. Chris previously served as director of policy and regulatory affairs for the National Community Pharmacists Association. Posted 9.19.13

Cherron M. Payne was appointed as a magistrate by the State of Connecticut Judicial Branch to serve as a judge for small claims and motor vehicle matters. Cherron is also the founder and managing principal of ACP Law Firm, LLC, is an instructor of law at Northwestern Connecticut Community College, and a contract specialist for the University of Connecticut Health Center. Last fall, Cherron was selected as one of Hartford's “40 under Forty” which honors the top 40 professionals under the age of 40 in Hartford County, Connecticut. She was also honored by the Connecticut Law Tribune as a “Minority in the Law High Achiever.” Posted 8.21.12

Robert L. Hess II (BE '98) has joined the University of Missouri System's general counsel's office, and primarily represents the University, its hospitals and clinics, medical schools, and other health professional schools on health care issues. Before joining the general counsel's office, Robert was an attorney in the Jefferson City office of Husch Blackwell from 2002 to 2012 (and a partner in the firm from 2009 to 2012). Robert's private practice focused on administrative law and health care regulatory work. Posted 8.7.12

Christopher Robert Smith will join Widener University School of Law as a visiting assistant professor of law beginning in the fall of 2012. Chris, whose research, writing and publishing focuses on medical liability and health care payment and delivery system reform, will be teaching health law courses. Chris has published 5 law review/journal articles in the past 2 years. His most recent article was published in June 2012 in the Vermont Law Review and is titled Somebody's Watching Me: Protecting Patient Privacy in De-Identified Prescription Health Information. Posted 6.22.12

Laura H. Luo has been elected partner at Winston & Strawn. She is currently based in the firm's Shanghai office after relocating there from New York in 2009. Laura is a corporate attorney focusing on corporate finance, mergers & acquisitions, foreign direct and outbound investment, capital markets transactions, and U.S. securities compliance and corporate governance matters. Posted 5.15.12

Michael James Bronson, a partner with Vorys Sater Seymour and Pease, has been named a young lawyer to watch in the government contracts industry by national law journal, Law360. Michael was one of only four lawyers nationally to be named a government contracts rising star honoree - a lawyer younger than 40 whose accomplishments in major litigation or transactions belie their age - byLaw360. He was selected for his work securing dismissals of more than a half-dozen False Claims Act (FCA) cases over the past several years and for his work successfully defending a client in FCA suits demanding billions of dollars in damages. Posted 5.8.12

Jeremy Kernodle has been named partner at Haynes and Boone in Dallas. He practices in the firm's appellate practice group in Dallas, where he has represented corporations, boards of directors and individuals in appeals in the U.S. Supreme Court, the Texas Supreme Court and numerous intermediate federal and state courts. Posted 1.19.12


Thomas H. Fusonie has been named a partner in the Columbus office of Vorys, Sater, Seymour and Pease. Fusonie is a member of the litigation group and his practice is focused in fiduciary litigation, eminent domain litigation, employment litigation, real property and commercial disputes. Posted 1. 10.12

Tilley Delquan Wilhite died on September 26, 2011. She was 37. Born in Tuscaloosa, Tilley earned her B.S. in psychology at Yale University before earning her J.D. at Vanderbilt. She was a member of the Alabama bar. She is survived by her parents, a brother and a large extended family.

Walt Davis was promoted to partner in the Atlanta office of Jones Day. Walt's practice focuses on commercial litigation and securities and corporate governance matters. Posted 10.17.11

Jon Christopher Coffman was elected 2011-2012 Treasurer of the Kentucky Bar Association Tax Section. Jon is a member in the Louisville office of Frost Brown Todd and concentrates on civil and criminal tax controversies. Posted 7.15.11

Chris Smith recently completed a Legal Fellowship with the Senate Committee on the Judiciary's Subcommittee on Crime and Drugs, and is now Director of Policy and Regulatory Affairs with the National Community Pharmacists Association. Smith also has three recent publications:

David W. Smith has been named Of Counsel at the Nashville firm Bass Berry Sims. He practices in the firm's real estate group. David's practice focuses on general commercial real estate transactions with a particular emphasis on leasing in the healthcare industry. Posted 4.19.11

Justin Riess (AS'96) joined King & Spalding as partner in the firm's Charlotte office. He will serve as a partner in the firm's finance practice and will focus on asset-based, acquisition and working-capital financing. Justin devotes his practice principally to the representation of banks and commercial finance companies in transactional matters. Posted 3.10.11

Michael L. Sherman, has been named partner at Dechert. He is in the financial services group in Washington, D.C., focusing his practice on counseling investment advisers (including advisers to hedge funds), investment companies and other financial institutions in regulatory, corporate and compliance matters. Much of his work involves helping clients with issues related to investment adviser registration, compliance policies and procedures, marketing and advertising (including Global Investment Performance Standards), investment company status questions and regulatory issues and examinations. Posted 2.2.11

Scott C. Burns has been promoted to counsel at Baker & Daniels. He focuses his practice in business planning and real estate law from the firm's Fort Wayne, Indiana office, helping clients find practical approaches and creative solutions to challenging business problems. Scott is a member of the American and Indiana Bar Associations. Posted 1.18.11

Romina Mulloy-Bossio died tragically in a house fire on November 11, 2009, along with her husband, Michael Levine, and their son, Ariel Levine. Romina was an associate with Baker & Botts in downtown Dallas, where her practice involved complex workouts, bankruptcy reorganizations and litigation. A native of Argentina, Romina was bilingual in English and Spanish. In her early academic career, she studied international relations at the Universidad del Salvador in Argentina and the Universidad Complutense in Madrid, Spain, before earning her undergraduate degree at Stetson University. At Vanderbilt Law School, she was the president of the Spanish Legal Society. After earning her law degree, she served as a law clerk to the Honorable John T. Nixon of the United States District Court for the Middle District of Tennessee. Jack Kinzie, Senior Associate in Baker Bott's bankruptcy division, Jack Kinzie, said, "She was one of those people who touched everyone she knew. The thing that made Romina special was not that she a terrific lawyer, which she was, she was [also] our number one volunteer." Romina led a team of lawyers and staffers who donated their time at Julius Dorsey Elementary School. The team mentored students, tutored, read to them and collected gifts for the children at Christmastime. Her son, Ariel Levine, was about to celebrate his fifth birthday. Her husband, Michael Levine, was an independent contractor. Posted 11.13.09