Phil Lieberman is Vanderbilt's specialist in rabbinic literature. He is also an historian of medieval Jewry, particularly Jews in Muslim lands. His research focuses on the social, economic and legal history of the Jewish community of North Africa and the Levant, particularly as documented in manuscript materials from the Cairo Geniza. He serves on the advisory board of the Cairo Geniza Project at Princeton University and is an editor and contributor to The Encyclopedia of Jews in the Islamic World (edited by Norman Stillman). He joined Vanderbilt's faculty in 2009 from the faculty of New York University, where he taught classes in Jewish Studies and in Islamic and Middle East Studies. His book, The Business of Identity: Jews, Muslims, and Economic Life in Medieval Egypt, published in 2014 by Stanford University Press, was a finalist for the National Jewish Book Award. His current project examines Jewish urbanization in Iraq under the early Abbasids (750-1258 CE) and the migration of these Jews to the Islamic Mediterranean. 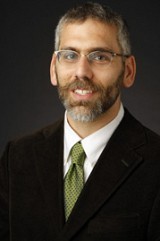