Alan Wiseman studies the impact of political institutions on political actors' behavior and strategies, focusing substantively on legislative, bureaucratic and regulatory politics in the U.S. He has written extensively on legal issues ranging from regulatory enforcement policies, to interstate trade barriers, to the taxation of electronic commerce. His current scholarship examines the causes and consequences of legislative effectiveness in the United States Congress, the political determinants of bureaucratic rulemaking and lawmaking in the United States and other developed democracies, and the emergence and consequences of industry self-regulation in different product and service markets. Prior to joining Vanderbilt’s political science faculty with a secondary appointment at the law school, he served on the faculty of Ohio State University, where he directed the undergraduate public policy minor in the College of Social and Behavioral Sciences. He has also been a visiting professor at Northwestern’s Kellogg School of Management. Before entering the academy he was a visiting economic scholar with the U.S. Federal Trade Commission. He is the co-director of the Center for Effective Lawmaking: www.thelawmakers.org 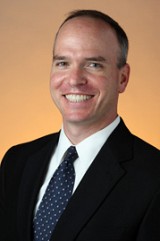