Judge Thapar has also worked for the law firms of Williams & Connolly in Washington, D.C., and Squire Sanders & Dempsey in Cincinnati, Ohio. Between 1994 and 1997, he served as a law clerk to Judge S. Arthur Spiegel on the U.S. District Court for the Southern District of Ohio and for Judge Nathaniel R. Jones on the U.S. Court of Appeals for the Sixth Circuit. 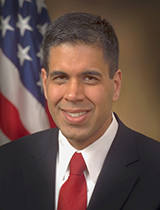