Ari Bryen is a historian of the ancient Roman world. His interests in ancient legal documents have led him to ask about the role of law and courts in day-to-day life in Rome's provinces, and in imperial encounters in general. Working with ancient documents has also given him an interest in historical methodology, that is, in the array of humanistic and social-scientific reading techniques for extracting new answers and questions from old, fragmentary, and occasionally intractable bits of ancient trash. This has involved looking at processes of drafting and archiving, interpreting visual and literary modes of presenting legal information, and of tracing how stories about laws, courts, and rulers come to be redacted and retold by non-elite actors. His first book, Violence in Roman Egypt (2013) was a study of petitions from Roman-period Egypt, some of our only extant non-elite narratives from the ancient world. Professor Bryen has held fellowships from the Institute for the Study of the Ancient World at New York University, the American Council for Learned Societies, and the Institute for Advanced Study. He came to Vanderbilt after teaching at Georgetown, Berkeley and West Virginia University. He is also currently the section editor for the ancient world for the journal, History Compass. 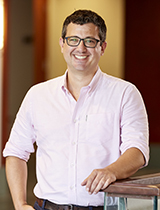