Beverly Moran's work focuses on federal income taxation, including individuals, partnerships, tax-exempt organizations and corporate. In addition to her work on the Internal Revenue Code, Professor Moran’s interdisciplinary and multidisciplinary work encompasses empirical legal studies ("Coitus and Consequences"), international and comparative tax law ("Taxation" in The Oxford Handbook of Legal Studies), Islamic law (“Islamic Law and Elder Care in the Central Asian Edgen System”), labor law ("The Right to Religious Accommodation in Pension Plans”), law and development (“Local Government Tax Incentives for Economic Development”), legal education (“Revisiting the Work We Know So Little About: Race, Wealth, Privilege, and Social Justice”), legal philosophy (“Capitalism and the Tax System: A Search for Social Justice”), politics (“United States’ Trade Policy and the Exportation of United States’ Culture”) and Critical Race Theory ("A Black Critique of the Internal Revenue Code"). Over the course of her career, she has won a number of teaching awards and grants, including a Fulbright award and grants from the Annie E. Casey Foundation, the Rockefeller Foundation, International Rotary and the Ford Foundation. While on Vanderbilt’s law faculty, she has served on the executive committee of the Association of American Law Schools, the board of governors of the Society of American Law Teachers and as a committee member of the American Bar Association Initiative on the Middle East and North Africa. She is a former director of Vanderbilt’s LL.M. and Social Justice programs, and was the first director of the Vanderbilt University Center for the Americas. She spent 2008-09 at the Massachusetts Institute of Technology as an American Council on Education Fellow. Before joining Vanderbilt's law faculty, Professor Moran taught at the University of Wisconsin Law School, where she directed the Center on Law and Africa. She began her academic career on the faculty of the University of Cincinnati College of Law. She has also been a visiting professor at the University of Colorado, the University of Asmara in Eritrea, the University of Kentucky, Michigan State University, People's University in Beijing, the Peking University in Beijing, and the University of Giessen in Germany.

The Conversation: So you want to tax the rich - Here's which candidate's plan makes the most sense - Democratic lawmakers have offered a number of ways to reverse decades of widening economic inequality. Tax expert Professor Beverly Moran gives them a closer look. 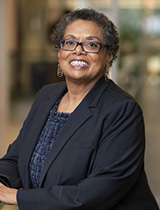