Cara Suvall teaches the new Youth Opportunity Clinic. The clinic will support teenagers and young adults who are at risk for criminal legal involvement by providing civil legal representation in the areas of education, housing, and employment.
After earning her J.D. cum laude at Harvard Law School, Professor Suvall began her legal career as a staff attorney at The Bronx Defenders, where she represented more than 700 clients charged with misdemeanors and felonies through all phases of their criminal cases. After receiving a Fellowship from the Initiative for Public Interest Law at Yale, Suvall created a pilot program representing young clients in school discipline and other education matters in addition to their criminal cases. Suvall then co-founded The Bronx Defenders’ Adolescent Defense Project, which provides holistic, individualized representation to clients aged 14 to 17 who are charged in adult criminal proceedings.
Suvall was a law clerk for Judge Jeffrey R. Howard of the U.S. Court of Appeals for the First Circuit and for Judge Douglas P. Woodlock of the U.S. District Court for the District of Massachusetts. She has also served as a staff attorney in the Nashville office of A Better Balance: The Work and Family Legal Center, a nonprofit that promotes policies and legal protections that support working families. Early in her career, she was an organizer and facilitator of the Summer Theory Institute, a weekly social theory reading group for Harvard Law students working in public interest summer internships in New York City. 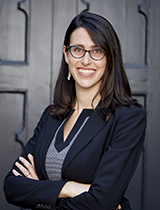