Robert Penn Warren Professor in the Humanities
Professor of Law

Colin Dayan studies American literature, Haitian historiography, and American legal scholarship—the focus of her two most recent books. In her 2007 book, The Story of Cruel and Unusual, she exposes the paradox of the eighth amendment to the constitution, showing that in the United States, cycles of jurisprudence safeguard rights and then justify their revocation. Her 2011 book, The Law Is a White Dog: How Legal Rituals Make and Unmake Persons, examines how the fictions and language of law turn persons—and other legal non-entities, such as slaves, felons, terror suspects and dogs—into “rightless objects.” The Law Is a White Dog was selected by Choice as one of the top 25 “outstanding academic books” for 2011. Her two most recent books are two memoirs, In the Belly of Her Ghost, which focuses on Professor Dayan’s late mother, and Animal Quintet, essays in which she medicates on her family history, relationships with animals and upbringing in the South. In her other work, she introduces an English-speaking audience to Haitian poet René Depestre’s early epic poem about the vodou gods and their journey to the American South. In Fables of Mind: An Inquiry into Poe’s Fiction (1987), she discusses Edgar Allen Poe’s fictional works as complicated critiques of the traditions of romance and the gothic. Professor Dayan is an elected member of the American Academy of Arts and Sciences and has received fellowships from the Danforth Foundation, the National Endowment for the Humanities, the Guggenheim Foundation, the Social Science Research Council, the Davis Center for Historical Studies and the Program in Law and Public Affairs at Princeton University.

Over the past ten years, she has written widely on prison rights, the legalities of torture, canine profiling, animal law and the racial contours of US practices of punishment for the Boston Review, the New York Times, The London Review of Books and Al Jazeera America, where she is a contributing editor. 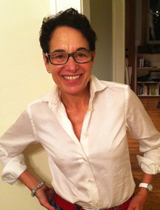