Dumaka Shabazz is a federal public defender based in Nashville, Tennessee, where he represents clients charged with fraud, homicide, and other violent, white-collar or large-scale narcotics crimes. Before joining the Federal Public Defender’s Office in 2010, Professor Shabazz was a criminal defense attorney in private practice for five years. He began his legal career in the Davidson County District Attorney’s Office, where he prosecuted criminal cases through negotiation, motions practice and trials, and participated in numerous jury trials involving crimes from DUI to homicide. He is a staff teacher at the New Defender College for newly hired federal public defenders, based in Santa Fe, New Mexico, and has been a guest lecturer at Vanderbilt University and Sewanee—The University of the South. At Vanderbilt, he teaches Trial Advocacy. 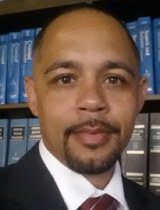