Frank Bloch is an internationally prominent expert in social security and other public benefit programs. He is also a leader in the international clinical education movement, most notably as one of the founding members of the Global Alliance for Justice Education (GAJE). He joined the Vanderbilt law faculty from the University of Chicago Law School in 1979 as director of clinical education, a position he held until 2001. He also served as the director of Vanderbilt's Social Justice Program from 2007 to 2010. He was a Fulbright Professor at Delhi University in India (1986-87) and a research fellow at the International Social Security Association in Geneva, Switzerland (1992-93). Over the course of his career, he served as vice-chair of an Institute of Medicine committee studying the Social Security disability decision-making process, as chair of the Income Security Committee of the American Bar Association's Section of Administrative Law and Regulatory Practice, and as a consultant for the Administrative Conference of the United States, the Social Security Advisory Board, the International Labor Office, and the US Agency for International Development. Before he began his academic career, he worked as a legal aid lawyer with California Rural Legal Assistance. Professor Bloch retired from the Vanderbilt Law School faculty in 2011. While at Vanderbilt he taught courses on social security, poverty law, social justice, evidence, and civil procedure, as well as a live-client clinical course on civil practice. 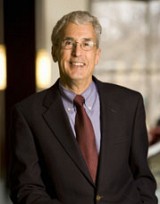