Glenn Funk is a veteran trial attorney with 29 years of courtroom experience. He began his legal career as an assistant public defender in Shelby County, Tennessee, and then served as an assistant district attorney in Davidson County before starting his own law practice in 1989. Professor Funk has been called to serve as a special prosecutor in cases where other district attorneys had a conflict of interest. He teaches Trial Advocacy. 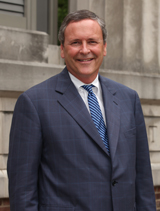