Holly McCammon’s work focuses the U.S. women’s movement and how it has gained greater political and economic rights for women, including investigations of the woman suffrage movement, women’s campaigns in the first part of the twentieth century to win the right to sit on juries, and feminist litigators and their successes before the Supreme Court. She is the author of The U.S. Women’s Jury Movements and Strategic Adaptation: A More Just Verdict (Cambridge University Press, 2012) and co-edited 100 Years of the Nineteenth Amendment: An Appraisal of Women’s Political Activism (Oxford University Press, 2018). She served as editor of the American Sociological Review from 2010-2015. Professor McCammon joined Vanderbilt’s sociology faculty in 1990 and has since served as the Vanderbilt College of Arts and Science’s associate dean for graduate studies from 2006 to 2008 and as associate director for doctoral training of the Vanderbilt Center for Nashville Studies in 2008-09. 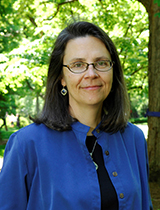