With almost fifteen years of trial and appellate experience, Jason M. Gichner is a veteran litigator who has spent his career fighting for clients in the courtroom.  Jason is an attorney with Morgan & Morgan in Nashville, Tennessee where he supervises a team that handles a variety of complex litigation.

Upon graduation from Vanderbilt, Jason joined the Office of the Metropolitan Nashville Public Defender, where he spent the first ten years of his legal career.  As a senior trial attorney and Team Leader, he represented thousands of clients and tried numerous jury cases to verdict.  Prior to working at Morgan & Morgan, Jason spent four years with the law firm of Dodson Parker Behm & Capparella handling both litigation and business matters.

Jason currently serves as Advisory Counsel to the Tennessee Indigent Representation Task Force. He is a graduate of the Tennessee Bar Association Leadership Law Program and is a member of the Harry Phillips American Inn of Court.  Additionally, he has served as an Associate Editor of The Tennessee Tort Letter and is a former member of the Criminal Justice Act Panel for the Middle District of Tennessee.

Jason has been named to the annual list of Super Lawyers for the Mid-South and received recognition from The Tennessee Supreme Court for pro bono service.

Jason is married to Jessica Green Gichner, a practicing attorney in Nashville.  They have two children, Lucy and Wyatt. 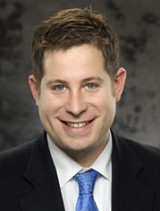