As founder of Spragens Law, John Spragens advocates for people who have been hurt or killed by medical malpractice, as well as whistleblowers, victims of discrimination and abuse, and others who were defrauded, injured, or killed by corporate misconduct or individual wrongdoing. Professor Spragens is a veteran of national class action and whistleblower litigation against corporations that manufacture dangerous and defective products, conspire to fix prices, and misuse taxpayer funds, having worked at national class-action plaintiffs’ firm Lieff Cabraser and at Bass Berry & Sims, a Nashville-based corporate firm. His work involved fighting for families of former smokers in federal jury trials against Big Tobacco cigarette companies that engaged in a 50-year conspiracy to misrepresent the dangers of smoking cigarettes and intentionally engineer the design of cigarettes to make them more addictive. Spragens also represented Metropolitan Nashville and other Tennessee counties in litigation against the pharmaceutical industry for its part in creating the nationwide opioid epidemic. He has also represented robocall victims in cases under the federal Telephone Consumer Protection Act, consumers in national class actions against corporations that sell defective products, and whistleblowers alleging fraud in government contracting. In 2018, he was chosen by the American Bar Association as a “Top 40 Young Lawyer.” After earning his law degree at Vanderbilt in 2012, Spragens was a law clerk to Judge Kevin H. Sharp, former chief judge of the U.S. District Court for the Middle District of Tennessee. Before law school, he served as communications director for Tennessee Congressman Jim Cooper and as a reporter and columnist at the Nashville Scene. He is active in the Nashville community, where he currently serves on Nashville Bar Foundation Leadership Forum Steering Committee and the board of Planned Parenthood of Tennessee and North Mississippi. 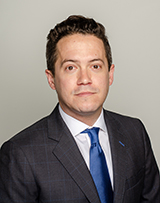