Josh Stanton has focused on criminal defense since joining the Shelby County Public Defender’s Office as a member of Gideon’s Promise in 2015. As a public defender representing indigent clients in Memphis, Tennessee, Stanton represented defendants charged with a variety of felony offenses and consistently fought against the everyday injustices of the criminal justice system. Working in partnership with attorneys at Civil Rights Corps, he won a conditional writ of habeas corpus from federal court for a client held in pretrial detention because he could not afford bail. Stanton joined Quinn Emanuel Urquhart & Sullivan in New York in 2019, representing defendants in complex cases in state and federal courts. There, he spearheaded class-action litigation against Parchman Prison in Mississippi over inhumane conditions. He is a graduate of the Tennessee Association of Criminal Defense Lawyers’ Trial College and is admitted to practice in New York and Tennessee.
Stanton earned a B.A. in philosophy at the University of California, Berkeley, before earning his J.D. at New York University Law School, where he graduated Order of the Coif. At NYU Law, he received the David Klem Award for outstanding performance in the Federal Defender Clinic and served as executive editor of the Review of Law and Social Change. He was a law clerk for Judge Jon Phipps McCalla of the U.S. District Court for the Western District of Tennessee before joining the Shelby County Public Defender’s Office. Before law school, he worked as a global account coordinator for Ernst & Young in Los Angeles and taught in New Orleans, Louisiana, through Teach for America. 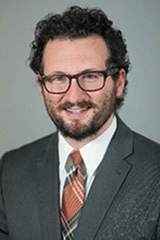