Kalpana Kotagal is a partner at Cohen Milstein, where she is a member of the firm’s civil rights and employment practice group and plays an active role in the investigation and development of new matters and chairs the firm’s hiring and diversity committee. Professor Kotagal is co-author of the "Inclusion Rider," referenced by Oscar-winning actress Frances McDormand in her 2018 Best Actress acceptance speech, together with Dr. Stacy Smith of the Annenberg Inclusion Initiative and Fanshen Cox of Pearl Street Films. She currently serves as an advisor to noted filmmakers on a film addressing issues of gender pay disparities. She represents female sales employees in a Title VII and Equal Pay Act case against one of the nation's largest jewelry chains in Jock, et al. v. Sterling Jewelers Inc.; her clients have alleged a pattern of sex discrimination in compensation and promotions. Kotagal also represents female sales employees in a putative class action against AT&T Mobility, alleging violations of the Title VII, the Americans with Disabilities Act and the Family Medical Leave Act in Allen v. AT&T Mobility Services LLC, as well as transgender beneficiaries of both private and publicly provided health insurance who have challenged the denial of transition-related care as discriminatory. Kotagal played an instrumental role in representing Wal-Mart employees in the landmark Supreme Court case, Dukes v. Wal-Mart Stores Inc., which addressed the standards for class certification in employment discrimination matters. She is a member of the board of advisors of the People’s Parity Project and the Annenberg Inclusion Initiative at USC’s Annenberg School for Communication and Journalism . She serves on the boards of directors of A Better Balance and Public Justice and on the American Constitution Society’s task force on #MeToo in the Legal Profession. 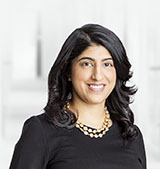