Kim Welch is a historian of the United States with a focus on slavery, race, and the law in the American South. She is particularly interested in the world of free and enslaved African Americans, how they understood their place in southern society, and how they advanced it. Understanding how those confined to positions of subordination enlarged their rights has led her to the southern courthouse. There, to a surprising degree, they staked their claim and more often than not found it confirmed. Her first book—Black Litigants in the Antebellum American South (University of North Carolina Press, 2018)—is a historical and socio-legal study of free and enslaved African Americans’ use of the local courts in the cotton South. The book investigates unpublished and unexplored lower court records from the Natchez district of Mississippi and Louisiana between 1800 and 1860 in which free blacks and slaves sued whites and other African Americans. Although they present technical and interpretive challenges, local court records represent an important resource for understanding the relationship between legal systems and formally marginalized peoples in racially and economically stratified societies. Welch is also the principal investigator for the National Science Foundation, Law and Social Sciences Research Grant, “Variation in Use of Courts by Legal Status and Jurisdiction,” SES 1353231 & 1700856 ($149,605). This project gathers, analyzes, and compares local court records involving black litigants in four counties in the Deep South. 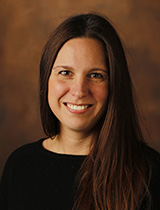