As a historian of Islam, Leor Halevi explores the interrelationship between religious laws and social practices in various contexts medieval and modern. He is the author of two books, Muhammad’s Grave: Death Rites and the Making of Islamic Society (Columbia University Press, 2007) and Modern Things on Trial: Islam’s Global and Material Reformation in the Age of Rida, 1865-1935 (Columbia University Press, 2019).

Muhammad's Grave examines the role that funerary rituals and beliefs about the afterlife played in shaping the earliest Islamic societies.

In addition to Muhammad’s Grave and Modern Things on Trial, Halevi has co-edited a book, Religion and Trade: Cross-Cultural Exchanges in World History, 1000-1900 (Oxford University Press, 2014), and written many scholarly and popular articles. His articles have appeared in Past & Present, The Journal of the History of Ideas, Speculum, The International Journal of Middle East Studies, History of Religions, Die Welt des Islams, and other journals. He has also published op-eds for The International Herald Tribune, The Washington Post, and The New York Times.

Halevi is currently at work on a third book, under contract with Harvard University Press. It will deal with the tension in Islamic law between an economic interest in trade and a religious interest in social exclusivity, while focusing historically on the transformation of Saudi Arabia in the late twentieth century.

His work has received multiple awards and grants. Muhammad’s Grave won The Ralph Waldo Emerson Award, given by Phi Beta Kappa for a notable scholarly contribution to our understanding of the cultural and intellectual condition of humanity; the Albert Hourani Award given by the Middle East Studies Association for year’s best book in the field; the Medieval Academy of America’s John Nicholas Brown Prize; and the American Academy of Religion’s Award for Excellence in the Category of Analytical-Descriptive Studies. The John. W. Kluge Center at the Library of Congress, the National Endowment for the Humanities, the American Council of Learned Societies, the Social Science Research Council, the Institut d'études avancées de Paris, and the Wissenschaftskolleg zu Berlin, have supported his research projects.

At Vanderbilt, Halevi teaches a variety of undergraduate and graduate courses, including “A History of Islam,” “Muhammad and Early Islam,” “Religion, Culture and Commerce: The World Economy in Historical Perspective,” and "Islamic Law in the Modern Age." 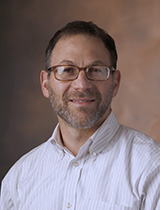