Michael Vandenbergh is an award-winning teacher and scholar whose research focuses on working with interdisciplinary teams to explore environmental governance, environmental behavior and climate change. His research has developed the concept of private environmental governance and explored how private governance initiatives can address polarization and other barriers to climate change mitigation.  His interdisciplinary work with Vanderbilt’s Climate Change Research Network focuses on the reduction of carbon emissions from the household sector, and he is one of the top 25 law professors in the US based on peer-reviewed literature citations. His book with physicist Jonathan Gilligan, Beyond Politics: The Private Governance Response to Climate Change (Cambridge University Press, 2017) was favorably reviewed in Science, Nature Climate Change and Legal Planet; won the 2018 Chancellor’s Award for Research; and was named by the Environmental Forum as one of the most important environmental policy books of the last 50 years. His article “Beyond Gridlock,” also co-authored with Gilligan, won the 2015 Morrison Prize for North America’s best sustainability article. His other writings have appeared in PNAS, Nature Climate Change and the Columbia, Cornell, Michigan and NYU Law Reviews. Before joining Vanderbilt’s law faculty, Professor Vandenbergh was a partner at Latham & Watkins in Washington, D.C. He served as chief of staff of the U.S. Environmental Protection Agency from 1993 to 1995. He began his career as a law clerk for Judge Edward R. Becker of the U.S. Court of Appeals for the Third Circuit. A recipient of teaching awards at Vanderbilt and at the Wharton School, University of Pennsylvania, Vandenbergh teaches courses in environmental law, climate change justice and property. He has been a visiting professor at the Wharton School’s Department of Legal Studies and Business Ethics and at the University of Chicago and Harvard Law Schools. He is a fellow of the American College of Environmental Lawyers and a member of the Board on Environmental Change and Society of the National Academies of Sciences, Engineering and Medicine.

Book reviews for Beyond Politics: The Private Governance Response to Climate Change 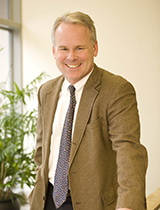