Owen Jones specializes in the intersection of law and brain sciences with an emphasis on decision-making and behavior. Holding joint academic appointments, he uses methods and insights from brain-imaging (fMRI), evolutionary biology and behavioral economics to learn more about how the brain's varied operations affect behaviors relevant to law. With four grants from the MacArthur Foundation, totaling over 7.6 million dollars, he designed, created and directs the national Research Network on Law and Neuroscience. The network partners selected legal scholars and brain scientists at leading universities, including Yale, Stanford, Columbia, Virginia, Cornell, Northwestern and the University of Pennsylvania, among others, to explore systematically both the promise and the limitations of using new neuroscientific techniques to improve criminal justice. Since 2011, this Network team has published 108 brain-scanning and conceptual works.

Professor Jones is one of the authors of the book Law and Neuroscience. He has authored or co-authored more than 50 scholarly articles, book chapters and essays in such legal venues as the Columbia, Chicago, Pennsylvania, California, NYU, Northwestern, Cornell, Vanderbilt and Michigan law reviews, and in such leading scientific journals as Neuron, Nature Neuroscience, the Journal of Neuroscience, Current Biology, Evolution and Human Behavior and the Proceedings of the National Academy of Sciences. Most recently, for example, he and colleagues discovered: the brain activities distinguishing knowing and reckless states of mind; the interactions of rational and emotional brain regions during punishment decisions; and the brain activities that separately correlate with assessing harms, discerning mental states, integrating those two, and choosing punishment amounts. Testing predictions of his 2001 theory that many patterns (including cognitive biases) and errors in human decision-making reflect evolutionary origins, he and colleagues published, as proof of concept, the first clear evidence of a trade-based "endowment effect" in a non-human species (chimpanzees), and successfully predicted contextual variations in the size of the effect in humans. Jones has directed or co-directed more than 50 interdisciplinary academic conferences.

Before joining the legal academy, Jones was a law clerk for Judge Thomas Penfield Jackson of the U.S. District Court for the District of Columbia and practiced law with Covington & Burling. Jones was named a Chancellor’s Chair in 2010 and became the inaugural holder of the Weaver Chair in 2019. He received the 2014 Joe. B. Wyatt Distinguished University Professor Award, which annually honors one member of the Vanderbilt University faculty for accomplishments that bridge multiple academic disciplines and yield significant new knowledge from research. In 2015, he was elected a Fellow of the American Association for the Advancement of Science (AAAS). 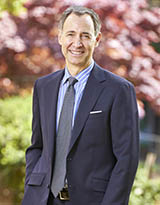