Richard Aldrich retired in March 2016 from his practice as an international attorney focusing on securities offerings, mergers and acquisitions, and public and private financings for companies and financial advisors in Brazil and the U.S. Professor Aldrich had joined the São Paulo office of Skadden Arps Slate Meagher & Flom in 2009 after a lengthy career with Shearman & Sterling. He began his legal career as an associate at Shearman & Sterling before being seconded to Citibank as general counsel for its Middle East/Africa Division, serving there from 1978 to 1980. He became a partner at Shearman & Sterling in 1982, and headed its Hong Kong office from 1984 to 1987. In 1987, he returned to Shearman & Sterling`s New York office, where he represented the Bank Advisory Committee of Brazil in the country's US$120 billion foreign debt restructuring from 1987 to 1994. In 1992, he represented the Brazilian company Aracruz Celulose in the first SEC-registered, NYSE-listed initial public offering of a Brazilian company. From 2004 to 2009, Professor Aldrich was co-head of Shearman & Sterling`s São Paulo office before joining Skadden in 2009 to head its São Paulo office.  He serves on the board of directors of the Private Export Funding Corporation and of Conan Limited, a Bermuda- based, NYSE- listed holding company of the Conan Group, a  conglomerate with Brazilian subsidiaries involved in sugar production, the production of sugarcane-based ethanol and distribution of natural gas in Brazil, among other industries. He also serves on the advisory board of the Brazilian-American Chamber of Commerce, having served as its president from 2005 to 2008. Professor Aldrich is affiliated with the  Law and Business Program and co-teaches a short course, International Mergers and Acquisitions. 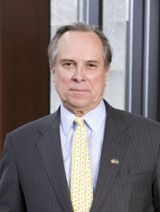