Robert Barsky works at the intersection of humanities and law, with a focus on border crossings. In his newest book, Clamouring for Legal Protection: What the Great Books Teach Us about Vulnerable Migrants (Hart Publishing/Bloomsbury Press, 2021), written while he was a Rockefeller Resident Fellow at the Villa Serbelloni in Bellagio, Barsky suggests that many stories in the Western Tradition deemed to have enduring value offer insights into current discussions about the flight and plight of vulnerable migrants. He is also working on an edition of the travaux préparatoires to the 1967 Refugee Protocol, negotiated in 1965, a project funded in part by the SSHRC Insight Grant Program, and a series of related articles and blogs. Barsky is the author or editor of numerous books on narrative and law, including Undocumented Immigrants in an Era of Arbitrary Law: The Flight and Plight of Peoples’ Deemed ‘Illegal’ (2016); Arguing and Justifying: Assessing the Convention Refugees’ Choice of Moment, Motive and Host Country (2000); and Constructing a Productive Other: Discourse Theory and the Convention Refugee Hearing (1994). He is the founding editor of the international open access border-crossing journal AmeriQuests, and he recently started a new journal on art and border crossing, Contours Collaborations, in collaboration with MIT’s Knowledge Futures Group. Barsky is a Tier 1 Canada Research Chair (law, narrative and border crossing). He has been a visiting professor at Yale University, the University of Northampton, the University of Memphis Law School, the Institute for Advanced Studies in Toulouse, France, the Law School of VU University Amsterdam, and the Institute for Advanced Studies in the Humanities, at the University of Edinburgh, among other universities worldwide. 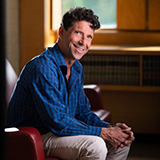