Robert Mikos is one of the nation’s leading experts on federalism and drug law. His most recent scholarship analyzes the struggle among federal, state and local governments for control of marijuana law and policy, which includes a first-of-its-kind casebook, Marijuana Law, Policy and Authority (Wolters Kluwer, 2017). In that vein, Professor Mikos has written, consulted, testified and lectured on the states’ constitutional authority to legalize marijuana, the application of the Dormant Commerce Clause to state marijuana markets, federal preemption of state marijuana regulations, the political and budgetary considerations that limit enforcement of the federal marijuana ban, federal law’s influence on state regulation and taxation of the marijuana industry, and the desirability of marijuana localism. He has also written on the states’ constitutional authority to withhold information from the federal government, tactics states can use to deter federal preemption of state regulatory authority, the political safeguards of federalism, accuracy in criminal sanctions, the economics of private precautions against crime, and remedies in private law. Mikos earned his J.D. summa cum laude from the University of Michigan Law School, where he served as articles editor on the Michigan Law Review and won numerous awards, including the Henry M. Bates Memorial Scholarship. After graduation, he was a law clerk for Chief Judge Michael Boudin of the U.S. Court of Appeals for the First Circuit. Mikos has taught at the University of California at Davis, where he was twice nominated for the school’s Distinguished Teaching Award, as well as at Notre Dame and the University of Michigan. He joined the Vanderbilt Law faculty in 2008 and was appointed to the LaRoche Family Chair in Law in 2021. 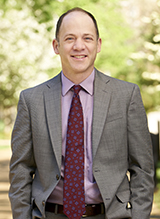