Bob Reder has more than 33 years of experience in transactional practice as a New York-based partner of Milbank Tweed Hadley & McCloy, where he practiced in the firm’s mergers and acquisitions and corporate groups from 1978 until his retirement in 2011. He became a partner in the firm in 1987 and was co-leader of the firm’s global corporate practice group from 2005 to 2009. Professor Reder represented clients from a variety of industries, including financial services, healthcare, manufacturing and technology, in M&A and capital market transactions, and advised them on a variety of corporate governance matters.

While earning his J.D. at Vanderbilt Law School, from which he graduated in 1978, Reder was an articles editor of the Vanderbilt Law Review and was elected to the Order of the Coif. As a professor of the practice of law at Vanderbilt, he teaches full-semester courses in transactional M&A practice, corporate drafting and corporate governance  and intensive short courses in structuring private M&A transactions and an introduction to public M&A. 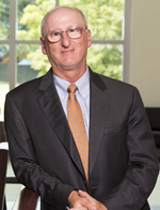