Vice Chancellor Sam Glasscock III was appointed as vice chancellor of the Delaware Court of Chancery in 2011 after having served from 1999 to 2011 as master in chancery, during which he heard matters assigned by the chancellor and oversaw a docket of corporate disputes, real property and land use cases, and other matters. Before his appointment to the Court of Chancery, he was a deputy attorney general in the appeals unit of the Department of Justice, a special discovery master for the Delaware Superior Court, and a litigation associate at Prickett Jones Elliott Kristol & Schnee. Early in his career, he was a law clerk to Vice Chancellor William Chandler on the Delaware Court of Chancery. He co-teaches Corporate Litigation. 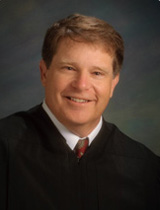