Sarah Igo's primary research interests are in modern American cultural, intellectual, and legal history. Her prize-winning first book, The Averaged American: Surveys, Citizens, and the Making of a Mass Public (Harvard University Press, 2007), explores the relationship between survey data—opinion polls, sex surveys, consumer research—and modern understandings of self and nation. An Editor’s Choice selection of the New York Times and one of Slate’s Best Books of 2007, The Averaged American was the winner of the President's Book Award of the Social Science History Association and the Cheiron Book Prize as well as a finalist for the C. Wright Mills Award of the American Sociological Association. Igo’s second book, The Known Citizen: A History of Privacy in Modern America (Harvard University Press, 2018), traces U.S. debates over privacy from “instantaneous photography” in the late nineteenth century to today’s debates over social media and big data. Winner of the 2019 Merle Curti Award for Intellectual History, The Known Citizen was named one of the Washington Post’s “notable non-fiction books” of 2018. Igo is also a co-author of Bedford/St. Martin’s American history textbook, The American Promise. Igo has held fellowships from the Institute for Advanced Study, the American Council of Learned Societies, the Whiting Foundation, the Woodrow Wilson Foundation, the Mellon Foundation and the National Endowment for the Humanities. In 2012-2015, Igo was awarded a New Directions Fellowship from the Andrew W. Mellon Foundation, which she used to pursue training in socio-legal thought and jurisprudence at U.C. Berkeley's Law School and Center for the Study of Law and Society. Igo has been a Visiting Scholar at the Max Planck Institute for the History of Science in Berlin, a visiting fellow at the Whitney Humanities Center at Yale, and a Havens Center Visiting Scholar at the University of Wisconsin-Madison. She is the recipient of the Early Career Award from the Journal for the History of the Behavioral Sciences and the Forum for the History of the Human Sciences and the 2015 best paper award for “overall excellence and relevance to the practice of privacy law” of the Privacy Law Scholars Conference. 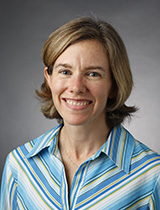