Terry Maroney investigates the intersection of law and emotion. She is also a scholar of criminal law, with specializations in wrongful convictions and in juvenile justice. Professor Maroney’s work on the role of emotion in judicial behavior and decision-making forms the backbone of her scholarly focus. Weaving legal analysis together with the psychology, sociology and philosophy of emotion, her work illuminates how emotional experiences, dynamics, and their management interact with the constraints and demands of varied judicial roles, with deep implications for judges and the public they serve. Maroney’s many publications in this area—which include "(What We Talk About When We Talk About) Judicial Temperament," "Angry Judges," "Emotional Regulation and Judicial Behavior" and "The Persistent Cultural Script of Judicial Dispassion"—have been widely read among the U.S. judiciary. She frequently consults with and presents to judicial audiences in both the United States and abroad. With Judge Jeremy Fogel (now retired) and the Federal Judicial Center, she co-founded a novel intensive seminar focused on the human side of judging, now offered regularly to mid-career federal judges.

Before becoming a law professor, Maroney was a litigator with WilmerHale and a Skadden Fellow at the Urban Justice Center, both in New York City; she draws on that practice experience—which included a high-profile triple exoneration, U.S. Supreme Court advocacy, and direct representation of children—in her teaching and writing. A 1998 summa cum laude graduate of New York University School of Law, Maroney clerked for Judge Amalya L. Kearse on the U.S. Court of Appeals for the Second Circuit, has held academic fellowships at the law schools of NYU and the University of Southern California, and from 2016-17 was the Andrew W. Mellon Foundation Fellow at the Center for Advanced Study in the Behavioral Sciences at Stanford University. At Vanderbilt she was a 2017-19 Chancellor Faculty Fellow and received a 2019-21 Discovery Grant. She joined the Vanderbilt Law faculty in 2006 and was appointed to the Robert S. and Theresa L. Reder Chair in Law in 2021. 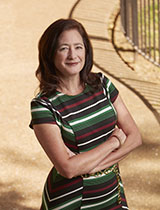