Thomas McGinn studies Roman law and social history and Latin literature. He has taught in Vanderbilt’s Department of Classics since joining the faculty in 1986. Professor McGinn is the author of several books, including Widows and Patriarchy: Ancient and Modern (Duckworth, 2008) and editor of the essay collection, Obligation in Roman Law: Past, Present and Future (University of Michigan Press, 2012). His book Prostitution, Sexuality and the Law in Ancient Rome (Oxford University Press, 1998) was the recipient of the Classical Association of the Middle West and South’s inaugural Outstanding Publication Award in 2002. Professor McGinn has received numerous fellowships, including Fulbright, American Academy in Rome and National Endowment for the Humanities, for his research. 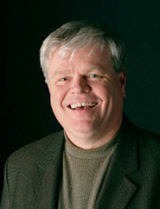