Tyler Chance Yarbro has extensive experience in courtroom advocacy. As an attorney with Dodson Parker Behn & Capparella in Nashville, she litigates cases involving employment, personal injury and criminal matters. Professor Yarbro has also worked in politics as a field director for Al Gore’s 2000 presidential campaign in a number of states, beginning with the first-in-the-nation New Hampshire primary and ending with a lesser-known vote recount in the Oregon general election. She began her legal career as an assistant public defender in Nashville’s Metropolitan Public Defender’s Office, where she represented thousands of indigent clients facing every level of offense. Professor Yarbro is a member of the Nashville Bar Association, the Lawyers Association for Women, the Tennessee Association of Criminal Defense Lawyers and a of the Harry Phillips chapter of the American Inn of Court. She was a member of the 2012 TBA Leadership Law Class and in 2013, she was named by the Nashville Business Journal‘s “Best of the Bar” list. She also sits on the advisory board for the Davidson County Trial Courts’ Community Corrections program. In 2013, she served on the personnel committee of the Community Corrections Advisory Board, which selected the new Program Manager for Davidson County Community Corrections. 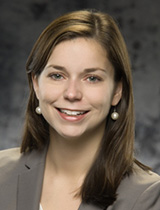