William B. Chandler III joined Wilson Sonsini Goodrich & Rosati after serving on the Delaware Court of Chancery, the nation's leading court for corporate law cases, for more than 25 years. He was appointed Chancellor in 1997, after serving as Vice Chancellor since 1989. Widely regarded as one of the country's most influential judges on issues of corporate law and governance, Chancellor Chandler issued more than a thousand opinions and presided over some of the most contentious and high-profile corporate law disputes in the country. Many of his rulings have become required reading for M&A and business law practitioners, and he has written and lectured widely on numerous critical corporate law issues. Prior to his appointment to the Court of Chancery, Chandler was a resident judge of the Delaware Superior Court from 1985 to 1989. He had previously practiced law as an associate with Morris Nichols Arsht & Tunnell and served as legal counsel to Pete duPont, the former governor of Delaware. Earlier in his career, Chandler taught commercial law, legislative process, and remedies at the University of Alabama School of Law. In addition to serving on Vanderbilt’s adjunct law faculty, he currently teaches at the University of Chicago. Chandler is a member of the American Law Institute and a trustee of the Yale Center for Corporate Governance, and the Weinberg Center for Corporate Governance. 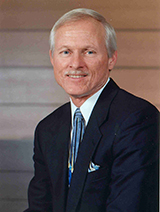