By studying the operations of the major financial markets in the mid-1990s, Bill Christie, along with Paul Schultz of Notre Dame University, concluded that Nasdaq market makers were implicitly colluding to maintain artificially high trading profits at the expense of investors. His research subsequently resulted in a sweeping reform of the NASDAQ market, the introduction of the SEC Order Handling Rules, and a $1.027 billion settlement against the defendants. Professor Christie was co-editor of the Journal of Financial Intermediation from 1999 through June 2005 and was the executive editor of Financial Management from 2006 to 2011. He currently serves as Chair of the Board of Trustees of the Financial Management Association International. He was Dean of the Owen Graduate School of Management from 2000 to 2004, and served as associate dean for faculty development at Owen from September 1999 to July 2000, and from August 2007 to October 2008. He received a Vanderbilt Chair of Teaching Excellence in 1996 and Owen’s James A. Webb Jr. Award for Excellence in Teaching on five occasions between 1994 and 2014. He is also a five-time recipient of the EMBA Teaching award and was ranked either first or second among faculty in each Business Week ranking from 1992 through 2000. At Owen, he has taught Managerial Finance in the MBA and Executive MBA programs, as well as in the College. 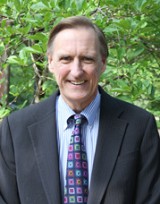