Will Martin has served in diverse roles as a lawyer, businessman, government official and environmental leader over the course of his career. Following law school, he entered the private practice as a partner with Waller Lansden Dortch & Davis in Nashville, and later he co-founded the Nashville firm of Harwell Barr Martin & Sloan (whose successor is now a part of Bass, Berry & Sims). In the 1990s, Professor Martin left private law practice to serve as Deputy Assistant Secretary of Commerce for International Affairs and as head of international policy at the National Oceanic & Atmospheric Administration during the Clinton-Gore Administration. In business, he served as an executive for three related bank services companies. He served as general counsel for Tennessee-based FirstBank. Professor Martin was a senior fellow at and consultant to the World Wildlife Fund for over a decade, and he is serving his third term as a member of the board of directors of Ocean Conservancy. He served for 13 years as a trustee (including eight years as chairman of the board of trustees) of Marine Stewardship Council, a global NGO based in London. Professor Martin's interest in international environmental issues is also reflected in his government work at NOAA, his role as chairman of the United Nations Food and Agriculture Organization's Committee on Fisheries in Rome, and as U.S. representative to the International Commission on Atlantic Tunas in Madrid, among others. At Vanderbilt, Professor Martin taught International Environmental Law for 16 years and has developed and will teach Water Law beginning Spring 2020. 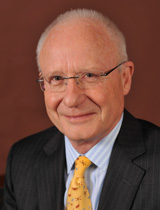