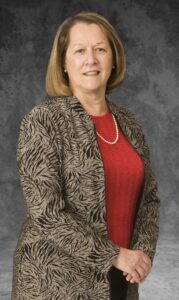 A proud eighth-generation native of Williamson County, Tennessee, Clark was appointed to the Tennessee Supreme Court by Governor Phil Bredesen in 2005, after which she was elected to an eight-year term in 2006 and re-elected in 2014. During her service on the Supreme Court, she served as its liaison to Tennessee’s Access to Justice Commission.

“Connie Clark’s service to the people of the State of Tennessee at all levels was inspiring and second to none,” said Justice Jeffrey S. Bivins ’86, a colleague on the Tennessee Supreme Court. “She was a brilliant and incredibly fair jurist. Her institutional knowledge and expertise cannot be replaced. To me, she was a trusted friend and colleague both before and after I joined the Court. I will so miss her not only in all Court matters, but as a dear friend.”

Before her appointment to the state’s highest court, she was a circuit court judge of the 21st Judicial District of Tennessee from 1989 to 1999, becoming one of the first female circuit court judges in Tennessee, and then served as director of the Administrative Office of the Courts.

Clark earned her undergraduate degree at Vanderbilt in 1971 and then earned a master of arts in teaching at Harvard University in 1972. She taught high school history and government before entering Vanderbilt Law School, where she was a member of the editorial board for the Vanderbilt Law Review and the only student member of the 1979-80 dean search committee.

After law school, Clark joined Farris Warfield & Kanaday in Nashville. Before her appointment to the bench, she was the Franklin City Attorney and served on the board of Williamson County-Franklin Chamber of Commerce.

Clark’s numerous professional honors included the Justice Martha Craig Daughtrey Award from the Lawyers’ Association for Women-Marion Griffin Chapter, Appellate Judge of the Year by the Tennessee chapter of the American Board of Trial Advocates, the Liberty Bell Award for promoting a better understanding of the rule of law and encouraging civic responsibility by the Williamson County Bar Association, and the Pioneer Award by Vision 2020. She was inducted into the Nashville YWCA’s Academy for Women of Achievement, having served as a past president of the YWCA of Nashville and Middle Tennessee. She has also served on the boards of Goodwill Industries of Middle Tennessee and the Heritage Foundation of Franklin and Williamson County, which recognized her with its Patrons Award.

She was also active in the Nashville and Williamson County communities, serving as board chair of the United Methodist Publishing House; a trustee of Martin Methodist College; and as a lay leader at First United Methodist in Franklin. 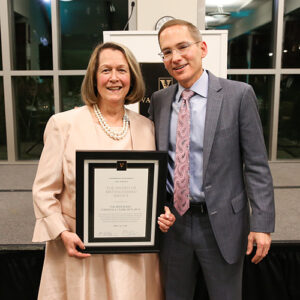 In 2018 she was honored for her long career of public service with Vanderbilt Law School’s Distinguished Service Award. She served on the law school’s Board of Advisors and taught as a member of Vanderbilt’s adjunct law faculty.

“Connie Clark was an exemplary role model for lawyers in Tennessee and nationally. Her judicial service had a tremendous positive impact on the legal profession at a time when women were just beginning to enter the profession. At Vanderbilt Law School, she was a dedicated teacher and mentor who hired our students as clerks, served on our board, taught as an adjunct professor and received our highest honor for service to the community and the legal profession. She will be dearly missed,” said Chris Guthrie, Dean and John Wade-Kent Syverud Professor of Law.

Memorial arrangements are pending, and this announcement will be updated when they become available.

Justice Clark delivered the law school’s Florrie Wilkes Sanders Lecture in 2009. In this excerpt, she describes an experience early in her service on Tennessee’s 21st Judicial Circuit that impressed her with the responsibility she carried of one of Tennessee’s first female circuit court judges:

Women in the judiciary make a difference in how other people perceive the fairness and efficacy of our judicial system just by being there.

The first time I became aware of the impact of that difference was soon after I was appointed trial judge in 1989. I was holding court in a rural county south of Nashville, where there had never previously been a female judge and where only one female attorney regularly practiced. During the week in question, I presided over jury selection and ultimately over a jury trial involving very contentious neighbors.

One woman who had been called for jury duty was extremely unwilling to serve. During her voir dire questioning, she became difficult to deal with and gave clearly improper responses to questions. She was obviously doing everything in her power to be kicked off the jury panel. Ultimately she was not seated on the jury panel. But to satisfy her service, I required her to sit in the audience all day as I tried the case, watching the proceedings in which she did not wish to take part. That decision did not make her happy; she remained difficult to deal with all day. When she left the courthouse late that afternoon, I was certain I had made an enemy for life.

The next day the remaining members of the jury panel, who had not yet been picked to serve on a jury, returned to the courthouse for selection in the next case. Just after court opened at 9 a.m., I saw this woman slip into the back of the room. With her was a young girl, whom I took to be her daughter.

Knowing what a bad experience the woman had had the previous day, and how many appointments she had claimed to have had to prevent her from serving during the week, I was very curious about what brought her back to the courthouse. When we took the morning break, I could not help myself; I called her to the bench and, outside the hearing of anyone else in the room, acknowledged our differences of the day before and asked her why she had returned.

Her answer shook me to the core. She said, simply, “Although I didn’t like what you made me do yesterday, while I was watching you, I realized you did a pretty good job of handling those [male] lawyers who kept fussing with each other all day long. I decided I wanted my daughter to see that women can be in charge of things like that, too. I want her to know she can be anything she wants to be, and seeing you will help her understand that.”

There it was in the simplest fashion imaginable—the recognition that people identify more specifically with those who are like them and have more confidence in a system, whatever it is, if it includes people like them in leadership roles.

People often ask women members of our Court how things are different now than they were when there were no women, or fewer women. Each of us must answer from a different point of view. Tennessee’s current Chief Justice, Janice Holder, served the first nine years of her tenure on a court that had no other women. My own experience on the Court is different; I was never the “only” woman serving.

It seems to me that, in dealing with the five male colleagues and two female colleagues with whom I have interacted over the last four years, I sometimes can observe differences in how questions are posed to attorneys during oral argument, the “tone” in which dissents are written, the way in which discussions proceed on sensitive and potentially divisive administrative matters with which we deal, the ways in which we discuss administrative assignments, and our decisions about discipline to be imposed upon lawyers for ethical violations.

There are simply differences in how each of us approaches the matters with which we deal. I am not sure that gender is the defining characteristic in each decision. But I am certain that the diversity we bring to each decision ensures a full and free discussion and enhances the probability that the decisions we make provide not only actual due process and fairness, but the appearance of those attributes as well.

It is my perception that the Tennessee Supreme Court of 2009 tries hard to be collaborative rather than competitive, and wants unanimously to create more effective access to justice for all persons, not merely those with the economic, intellectual and temperamental resources to persevere their way through an increasingly complex, costly and time-consuming system. In 2008, all five members of our Court agreed that, for the foreseeable future, enhancing access to justice in its many forms would be our primary goal. We have created a commission and begun many initiatives designed to carry out our goal.

Our commission chair recently returned from an American Bar Association meeting and expressed amazement at Tennessee’s current position on this issue compared to other states. According to her, Tennessee may be the only state addressing this issue where its entire Court has spoken with one voice about the importance of improving the quality of justice for all people who seek it. She wondered aloud if it were the gender makeup of our Court that enhanced our commitment to ensure justice for all persons, including those who are poor, uneducated, illegal, charged with heinous crimes, facing the loss of children, home or property.

I cannot say if she is correct. All five members of our Court are, in my judgment, equally committed to these principles. But I know that the discussions we had prior to making our decision to prioritize this issue would not have been as full or as productive if the experiences of my female colleagues, and perhaps myself, had not been included.