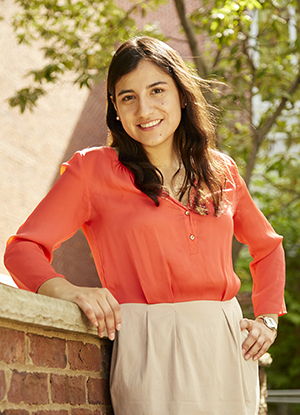 
Maciel Salazar became interested in the American legal system while working with César Hernández Ochoa, Mexico’s current Deputy Secretary of Energy. Salazar worked for Hernández at the Center for Research and Development, an influential think tank based in Mexico City. She was examining her nation's telecommunications laws and the way the Mexican courts applied judicial review. For comparison, Salazar turned to American courts and soon became fascinated with how judicial review functioned north of the border.

Until 1996 Mexico's telecommunications system was a government-run monopoly. So to look at America, where there has been a vibrant, free market for over 100 years, it was like looking at a whole new world,” said Salazar. “I started wondering: ‘Should Mexico be following America’s lead?’”

Shortly after completing her work with Hernández, the European Commission awarded Salazar its Erasmus Mundus Scholarship. She spent her final year of law school in Madrid, at Universidad Autónoma de Madrid, and a winter studying European relations at the Free University in Berlin before returning to Mexico to join the staff of the Centro de Investigación y Docencias Económicas (CIDE), one of Mexico’s most important centers of higher education and research in the social sciences. There, she worked with Ana Laura Magaloni, an internationally renowned comparative constitutional law scholar who now directs the law division at CIDE.

Magaloni recommended Salazar for a prestigious clerkship with Justice Arturo Zaldívar of the Mexican Supreme Court. During the two and a half years Salazar clerked for Justice Zaldívar, she was struck with the increasing impact of the American legal system on Mexican law. “Mexico is moving to an Oral Adversarial Judicial System,” she explained, “and we often looked at American judicial decisions to see how they applied laws and precedents.”

After two years at the Supreme Court, Salazar made a major decision. She told her supervisor, Javier Mijangos, former professor of constitutional law at the Universidad Carlos III de Madrid, that she had decided to move to the U.S. to study American law. Mijangos strongly recommended Vanderbilt, citing its prestigious faculty and intellectual rigor. 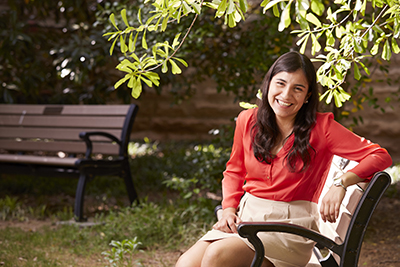 Vanderbilt´s LL.M. program, says Salazar, has more than lived up to those expectations. “The program was very challenging,” she said. “The professors push you to work hard.”

She particularly enjoyed her Criminal Procedure class with Professor Christopher Slogobin. “In each class, he engineered a debate between students who were assigned to opposite sides of a Supreme Court debate. Those debates brought out some intriguing views on the law and made the learning active, taking the lessons far beyond the textbooks,” she said.

“Through the great clinics and laboratories, the Vanderbilt program opens the window to the real world practice of law,” she said. “Working with Professor [Michael] Newton, I had the opportunity to do an externship in the International Criminal Tribunal for the former Yugoslavia and learn from remarkable lawyers, experts in international criminal law.”

She also recommends that future LL.M. students consider taking Professor Rebecca Allensworth’s Antitrust and Professor Daniel Gervais’ Intellectual Property classes. “Professor Allensworth makes the most of the Socratic method, posing challenging questions for students and giving really thoughtful answers to questions from students,” she said. “Professor Gervais is the true ‘master of media,’ using PowerPoints, songs and videos to amplify his lectures. He made the issues in Intellectual Property come alive.”

Salazar believes the personal attention students receive from law faculty makes Vanderbilt’s LL.M. program especially beneficial to foreign students. “I was touched by how open the Vanderbilt faculty were to answering questions, both in and out of class, and how devoted the professors were to us personally, beyond the classroom,” she said.

Salazar plans to sit for the New York Bar exam in February 2017. She recently completed a master’s degree in international law at the Facultad Latinoamercana de Ciencias Sociales, Mexico.

Her LL.M. has made her more attractive to employers; Salazar received two jobs offers after participating in an LL.M. job fair.  “I learned a lot this year about the American perspective on the law,” she said. “Adding that insight to my original understanding of the law from my studies in Mexico, I now have a broad, international view of legal relations that will be a major asset for me as I move forward in my career.”

Salazar plans to move to New York in fall 2016, and she admits she will miss Nashville.


“Coming from Mexico City, a capital with more than 21 million people, Nashville seemed a bit small at first,” she said. “But I came to truly appreciate the Music City: the friendly people; the savory barbeque sauce; the beautiful hills surrounding the city, which I hiked with the law school’s Spanish Language Lunch Group; our brave Nashville Predators hockey team, whose games were a lot of fun; and most of all, the beauty of the Vanderbilt campus. I walked across campus every day, admiring the greenery and the clear, clean Southern sky, and felt very lucky to be here.”